Top 5 Must See Museums in Santa Fe – The Travel Bite

Here’s a guest post from Twitter friend, @SanteFeTraveler. I’m looking forward to driving through Santa Fe this summer and hope to have the time to stop by one of these recommended museums …

Santa Fe is a hub of art, history and culture and the city’s ten museums highlight that. For a small city (2010 census figures put the population at a little over 75,000) that’s a lot of museums. They all have a distinct character and are worth a visit. If time is short, here are my five top picks: 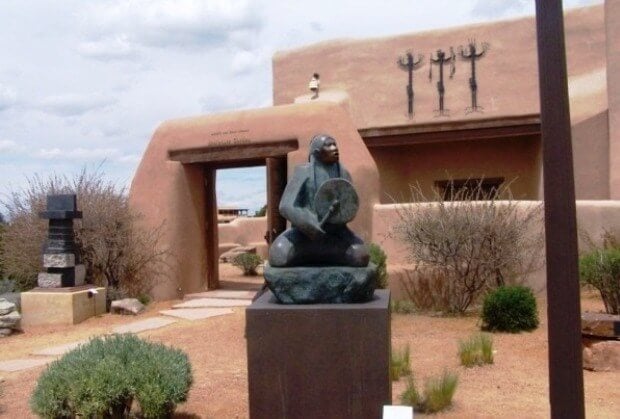 Museum of Indian Arts and Culture: The mission of this museum located across from the Folk Art Museum on Museum Hill’s Millman Plaza, is “to inspire appreciation for and knowledge of the diverse native arts, histories, languages, and cultures of the Greater Southwest.” There are two long-term exhibits, Here, Now, and Always and The Buchsbaum Gallery of Southwestern Pottery. And while you’re there, visit the Colleen Cloney Duncan Museum Shop. It’s a great place to pick up contemporary Native American handcrafted items. They offer pottery, textiles, jewelry, sculptures, kachinas, baskets and more. They also have a collection of books about native culture.

Georgia O’Keeffe Museum: If you are an O’Keeffe fan this is a must see. The small museum only has a fraction of its collection on view at any time. Thanks to a generous bequest by the now disbanded O’Keeffe Foundation, they own the largest collection of the artist’s work in the world. They also own the O’Keeffe Home and Studio in Abiquiu, NM open for tours between March and November. Exhibits at the museum change about three times a year; when there’s a changeover, the museum closes for about two weeks. If the O’Keeffe is a must-see for you, plan your visit accordingly.

Museum of International Folk Art: One of two State-run museums on Santa Fe’s Museum Hill (Camino Lejo),the museum, opened in 1953, has the largest collection of folk art in the world. There are four wings, each charged with a different mission:

Bartlett Wing: When the museum first opened in 1953, this was the entire extent of the museum.  It’s expanded over the years. Named for museum founder, Florence Dibell Bartlett it now houses changing textile exhibits. The wing’s cutting-edge Gallery of Conscience exhibits work from folk artists around the globe. It also examines the issues these artists face in the contemporary world.

Gerard Wing: This newly renovated gallery is home to the long-running exhibit, Multiple Visions: A Common Bond, the folk art collection donated by architect and designer Alexander Girard. Displays include colorful artifacts from over 100 countries on six continents. Kids love it here and if you have a sense of whimsy, you will too. It’s easy to leave with a smile on your face.

Hispanic Heritage Wing: This section of the museum displays folk art from New Mexico and Hispanic areas around the world.

Neutrogena Wing: The two galleries here have different missions: the Cotsen Gallery houses the museum’s extensive collection of textiles. Lloyd’s Treasure Chest allows visitors to discover a little of what goes on behind the scenes at the museum.

NM History Museum: the newest addition to the Museum of New Mexico (opened in May 2009. The permanent exhibit, Telling New Mexico, Stories From Then and Now,  tells the history of New Mexico from the Pueblo people, here before the arrival of the Spanish through  the present. This is supplemented by short-term exhibits. If you’re interested in history, this is a great place to check out. The gift shop here has a wonderful selection of Native American and Hispanic art. The museum complex includes the Palace of the Governors, the oldest government building in the United States and the Fra Angelico Research Library.

New Mexico Museum of Art:The wonderful pueblo-style building, home to The New Mexico Museum of Art, was built in 1917.  It’s located in the heart of downtown Santa Fe; on Palace Avenue just west of the Plaza. It‘s fitting that the core of the permanent collection consists of works by southwest artists. The concentration is on New Mexico artists dating back to around 1880. Some of the better known artists in the collection are: Georgia O’Keeffe, Elliot Porter, Gustave Baumann, Fritz Scholder and Maria Martinez. The museum also has short-term exhibits; some are created in-house and some are traveling exhibits mounted by other museums. A must-see: the frescos on the courtyard walls painted by renowned Santa Fe Artist Will Shuster as a WPA project in the 1930s. The museum houses the Saint Francis Auditorium, an intimate concert venue. It’s one of the concert spaces used by the prestigious New Mexico Chamber Music Festival held each summer.

The other five museums in town are also worth a visit. Narrowing down the field was a difficult task. In case you want to check out the others, here are their websites:

Wheelwright Museum of the American Indian

Billie Frank has over twenty-five years experience in sales, marketing and customer service. In 2004 she began a career in the hospitality industry at a small inn outside of Santa Fe, NM. After leaving that position, she worked as a concierge at two Four-Diamond hotels in Santa Fe for over four years. Billie is co-owner of The Santa Fe Traveler, a travel concierge and trip-planning service. She writes a travel blog, Santa Fe Travelers. You can also follow her on Twitter 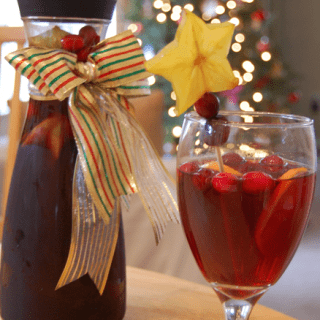