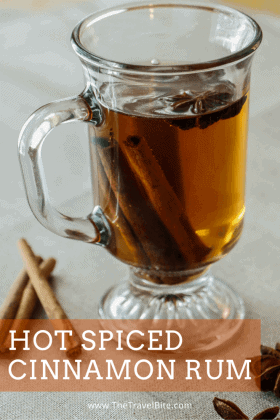 If there were ever a cocktail perfect for a winter warm up, it would be the hot spiced cinnamon rum drink known in Ecuador and Columbia as the Canelazo.  Not only is it mildly sweet and deliciously flavored with holiday spices, but I’m pretty sure this would knock out a cold too.  At least, that’s probably what my grandmother would say.  Made with cinnamon, sugar, and a splash of citrus, this hot spiced cinnamon rum cocktail will quickly replace your favorite fireside hot toddy.

I first discovered canelazo on CocktailsOfTheWorld.com when researching some warm beverages for New Years Eve.  Typically, it’s made with a sugar cane based alcohol called aguardiente which literally translates to “water fire.”  Since I just want to have a little warm up and not turn into a fire breathing dragon, and because aguardiente isn’t readily available here in the US, I took some inspiration from it’s sugar cane source and used rum instead.

Upon further research, I learned it is really popular in the Andes and is typically served during the holidays.  And since Ecuador is on our bucket list for the new year, we added it to our Christmas cocktail menu at home as a toast to 2016.

It’s really easy to make this hot spiced cinnamon rum.  First you start by making a dark simple syrup with either turbinado sugar or light brown sugar.  Then you add the rest of the ingredients to the saucepan and heat them, then serve and enjoy!  See the recipe for Canelazo below. 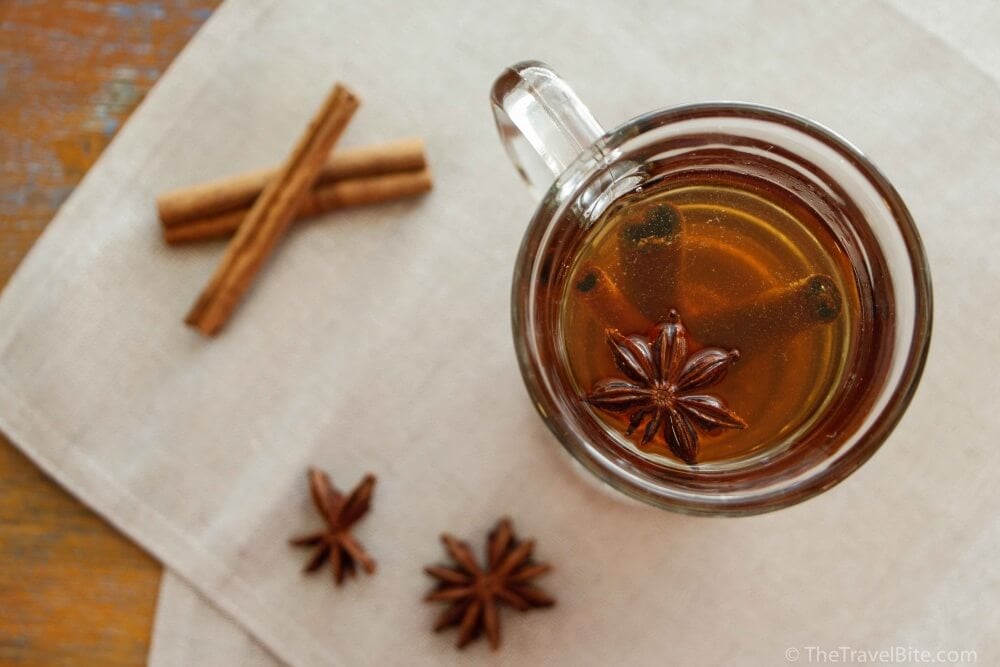 Want to save this cocktail for later? Pin it! 🙂 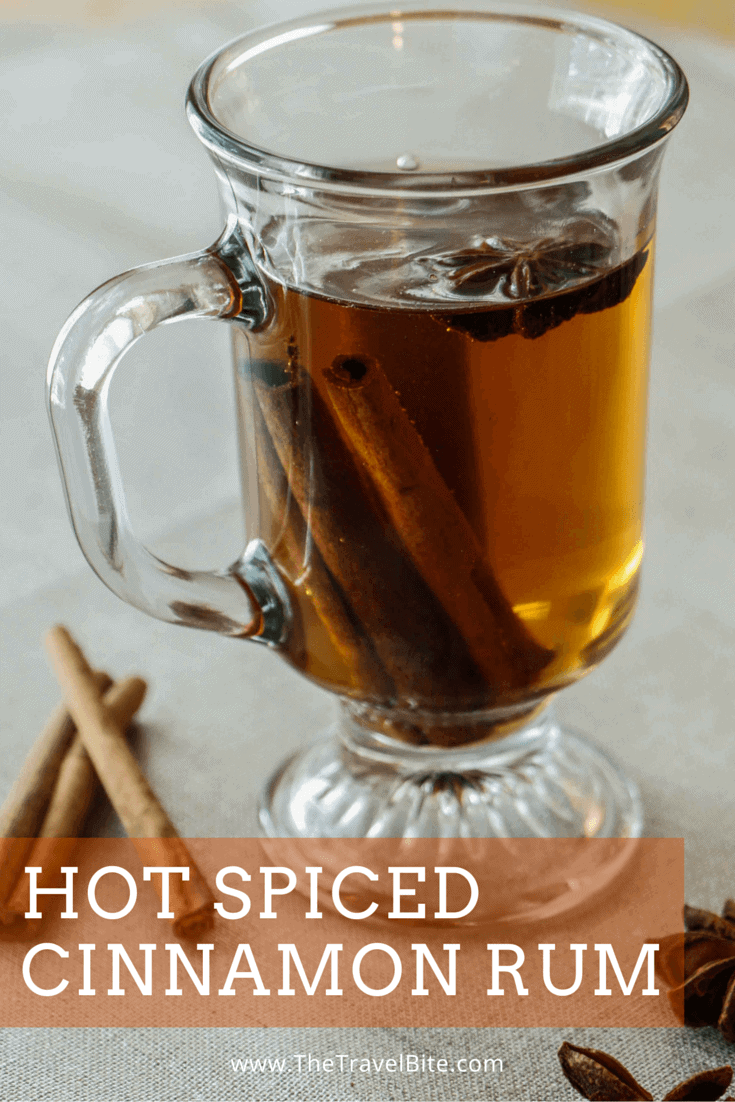