×
You are here: Home / Recipes / Cooking Pumpkin: How To Peel, Dice, and Prep

Earlier this week I posted a recipe for pumpkin risotto and I wanted to share how to peel and dice pumpkin to prep it for cooking. To be honest, this is something I Googled before I got started on the recipe as the description in the recipe I modified from the Hiltl cookbook was very vague.

There were a couple of suggestions for baking the pumpkin first and doing a steam bath, but I found a pumpkin video on youtube that was much more simplified and was a much easier way to prep a pumpkin for cooking. But the video was reeeeeeally long.

So if you want to save some time, just scroll through my photos here and you’ll get the gist of how to easily peel and dice a pumpkin for your fall recipes.

My first tip for you is to purchase a small pie pumpkin or baking pumpkin. These are usually marked as such at your local grocer or farmer’s market. And the smaller sized pumpkins (as opposed to the large ones for carving Jack-o-lanterns) are intended for cooking and baking.

How To Peel And Dice Pumpkin

1 – First, Cut The Pumpkin In Half

Cut the pumpkin in half, starting at just beside the stem. This one was flat on the bottom, which held it pretty steady.  If you have one that is more round, place it on a scrunched up towel to keep it from rolling. 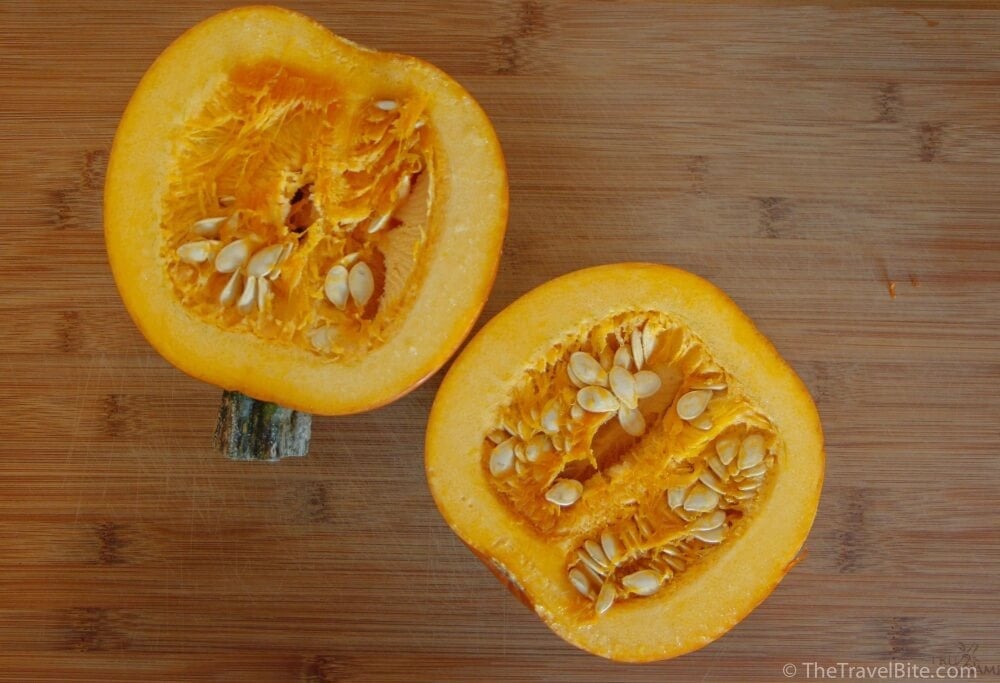 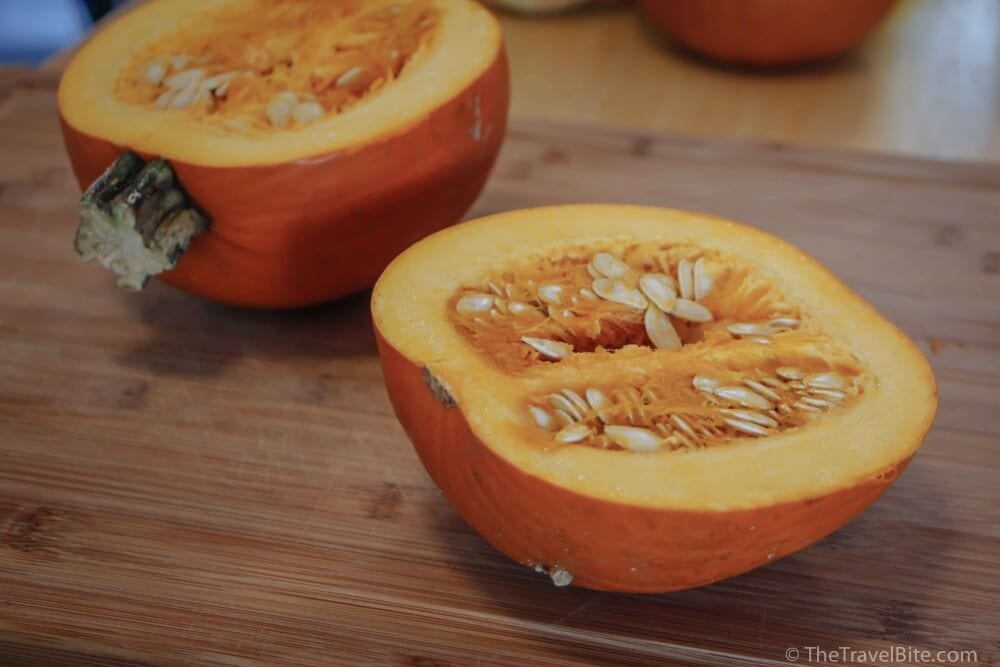 Next, scoop out the seeds with a spoon. You can save these for roasting later. I recommend scooping the seeds and pumpkin pulp in a strainer. That way they’re ready for you to rinse and separate for roasting pumpkin seeds. 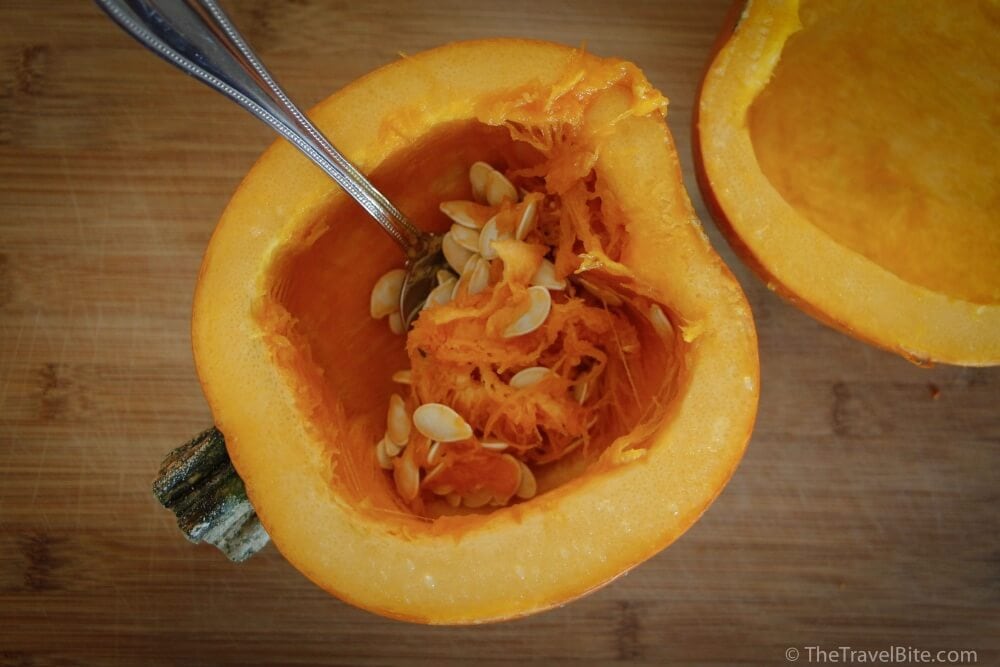 The easiest way to peel the skin off a pumpkin is to use a carrot peeler. It comes off rather easily, but just takes some time. And you’ll save more of the gourd for cooking by just skimming the skin with a peeler rather than using a knife.

Turn the pumpkins over, flat/cut side down and rounded side up, and slice lengthwise every half inch.  Kind of looks like cantaloupe, doesn’t it? You can also use the carrot peeler to scrape off any extra stringy bits that the spoon left behind. 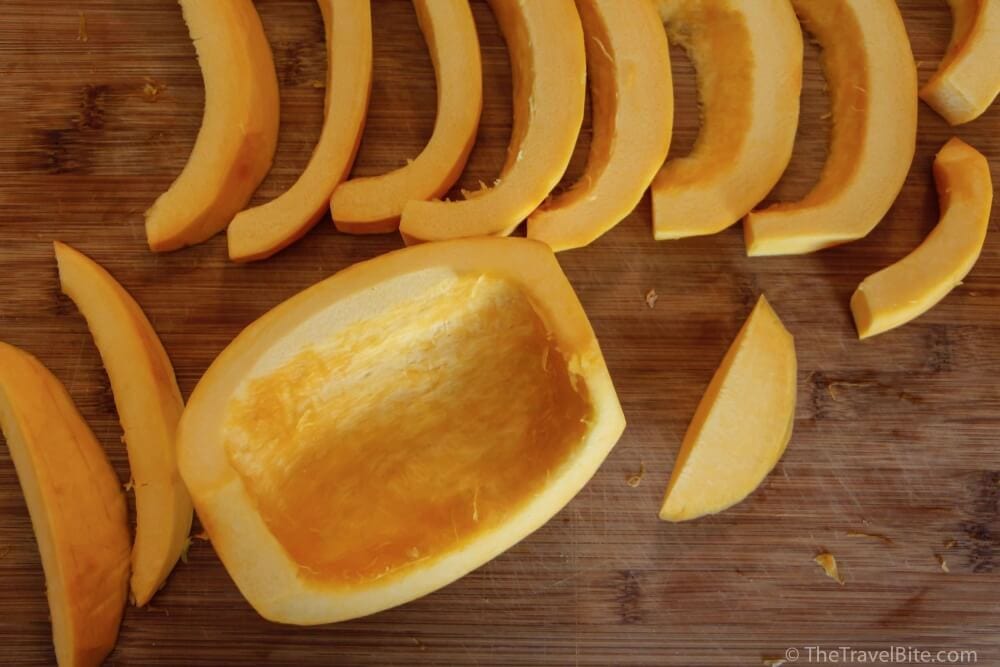 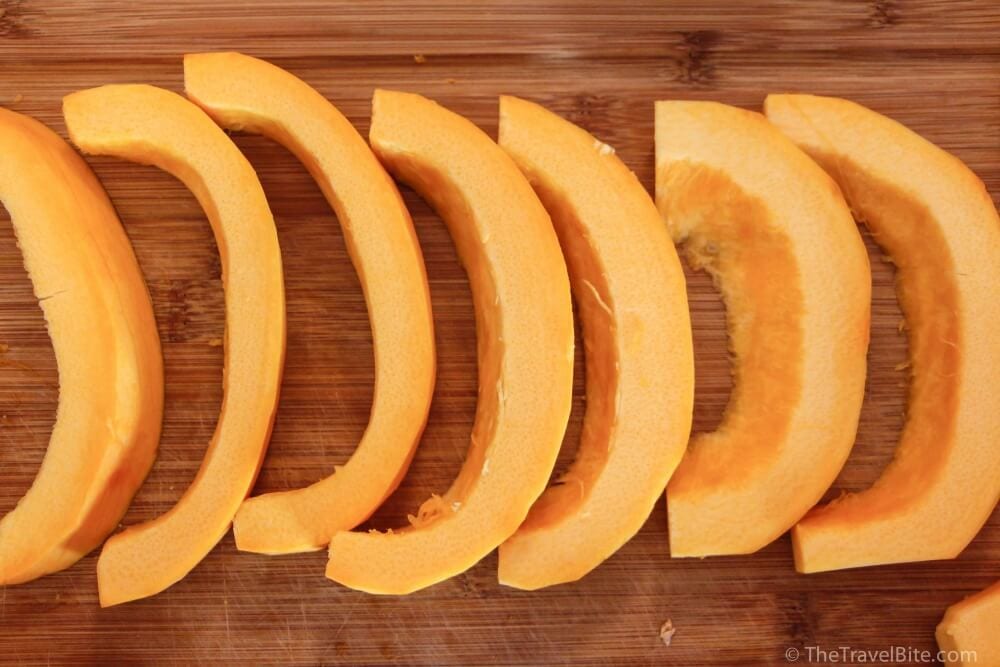 Finally, dice the pumpkin into half inch cubes. Now They’re ready for cooking. So, that’s it! Simple, right? That’s how you peel and dice a pumpkin. While it’s an extra step from just buying canned pumpkin, it makes such a difference in savory recipes. Now you can use your diced pumpkin to make a puree or sauté it to use in pasta or other dishes like pumpkin risotto. 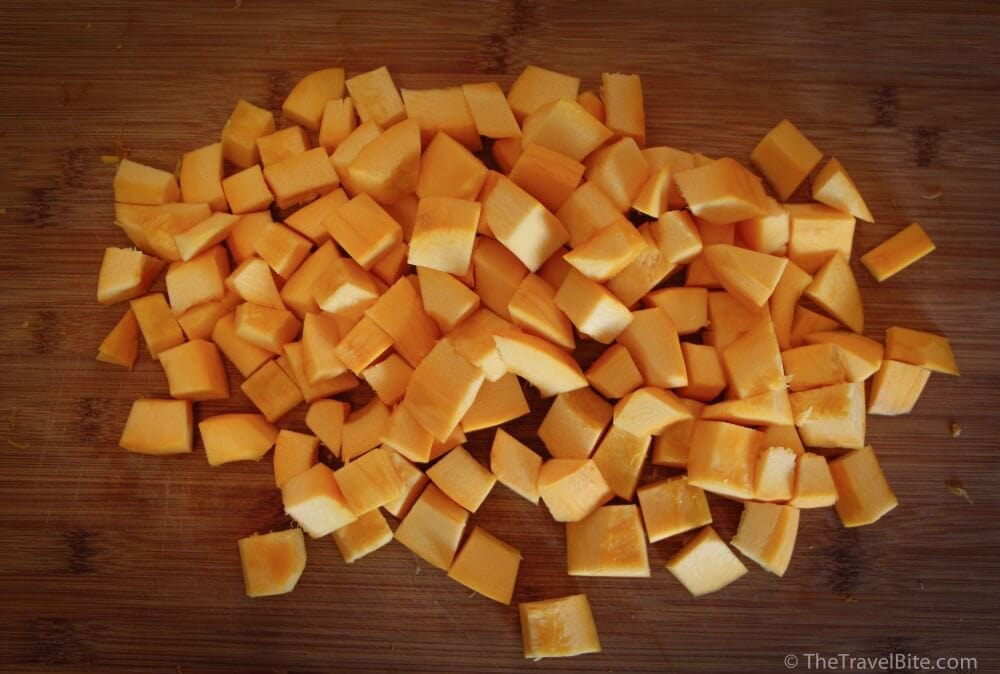 Want to save this tip? Pin it! 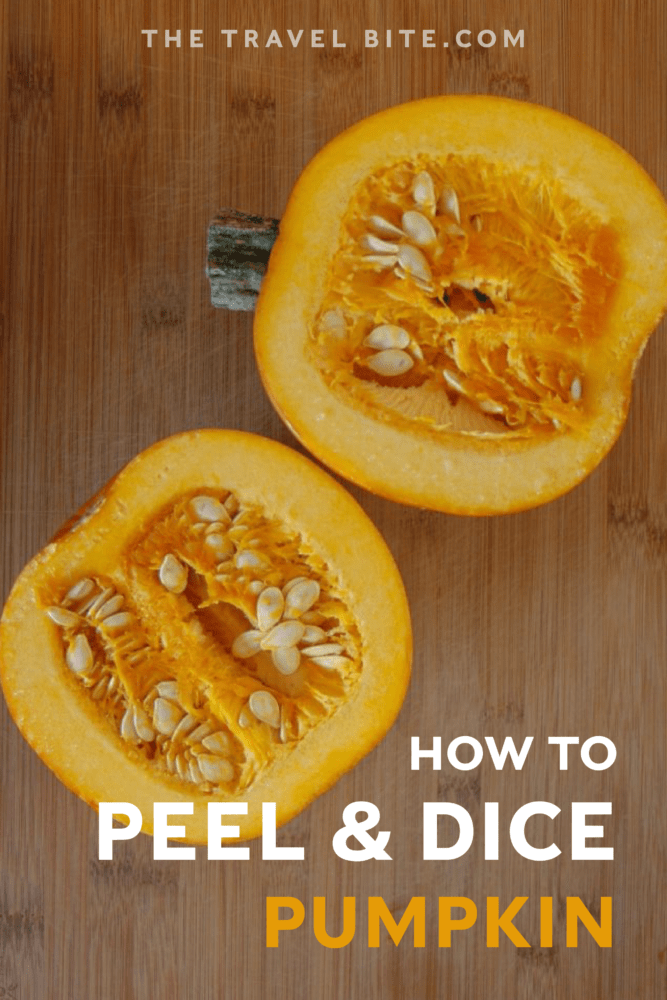