×
You are here: Home / Destinations / North America / 7 Things You Should Know Before Hopping Into A Hot Air Balloon

To fulfill a bucket list wish and celebrate my birthday at the end of the year, I floated over my hometown and watched the sunrise from a hot air balloon.  It was breathtaking! But it took not one, not two, but three tries to get up in the air! Here’s my story and some helpful tips for planning your hot air balloon ride. 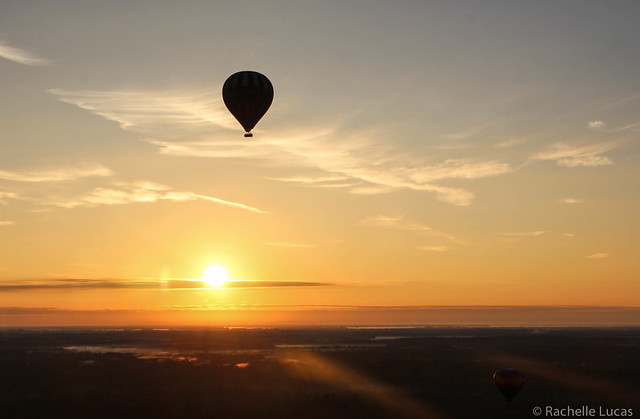 On my first morning out, I got up a dark thirty in the morning, filled up my travel coffee mug, and drove down to the meetup point for our ballon adventure. The weather had been kind of iffy all week and a cold front had blanketed the city in fog. Bundled up and hugging my coffee, I waited while our balloon pilots kept checking the weather and calling some of their cohorts around the city to see if any of the take-off and landing fields were clear and if the weather forecast of 30% chance of fog really meant that Orlando was 100% covered in it. 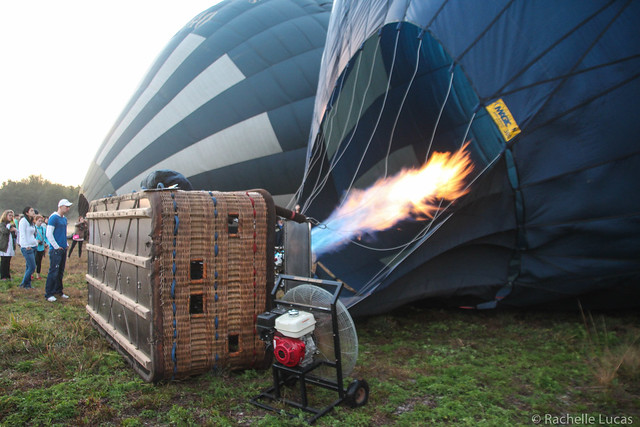 In a hot air balloon, there are no instruments, so the pilots rely on their sight.  That makes fog kind of a big deal.  Just in case it cleared in time, which unpredictable weather is apt to do, we gathered up in a van and drove to a nearby field with the balloons ready in an attached trailer.  It was particularly cold that day in Orlando — the upper 30s — so we sat toasty warm inside the heated van and waited.  I could tell by the look on the pilots faces that they were giving us false hope — we would not be flying that day. 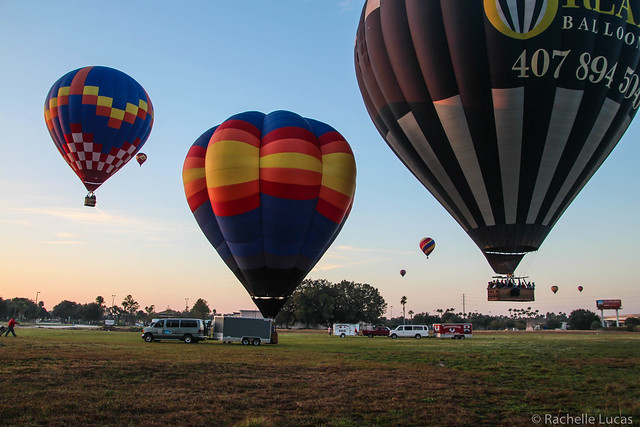 The company was gracious enough to get us all rescheduled for later in the week, but unfortunately being out in the chilly weather made me come down with a terrible cough and nasty head cold.  I missed the second flight.

As they always say, third time is always a charm. The weather had warmed up a bit, I had recovered from my cold, and the skies were crisp and clear as a winter’s day.  You could see every star in the sky that morning and there was a lot of excitement in the air as the balloon pilots sent weather balloons up as a test. The way they’d send messages back and forth to each other on their talkies and cell phones made it feel like we were hopping into an adventurous episode of storm chasers, only instead of tornados, we were chasing wind direction. 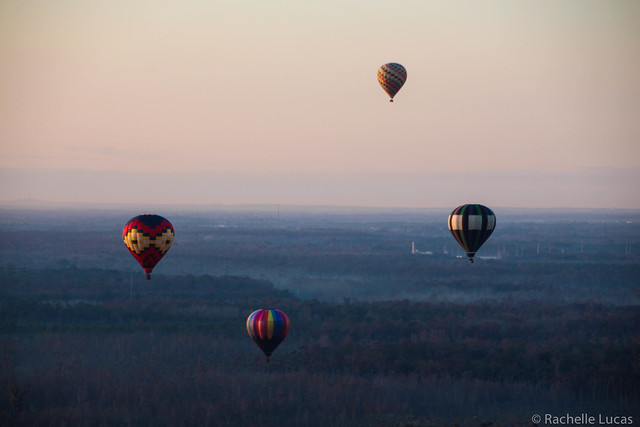 The hunt was over — the pilots had received a message with the location of the best spot to launch.  There were nearly twenty of us piling into their vans loaded up with the largest balloon baskets in the world.  We drove out to an empty field off of I-4 and I could tell that this was now an exciting race to get there before every balloonist in the area found this perfect spot too. 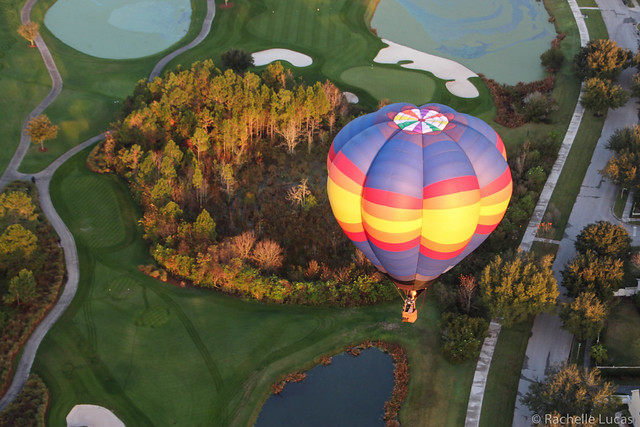 When we arrived, the field was already crowded with vans, baskets, and parachute material like a giant garden full of colorful nylon.  But it made for a spectacular sight at sunrise when all the balloons started to float away one-by-one. 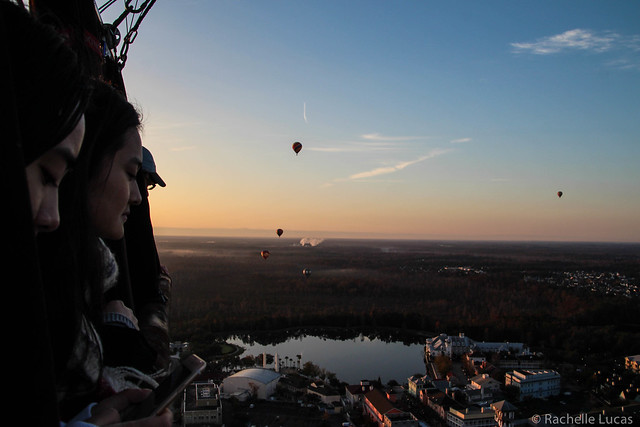 The peaceful stillness of the morning, the occasional roar of a powerful flame filling the balloon with hot air, and watching the city float by beneath us — it was breathtaking. 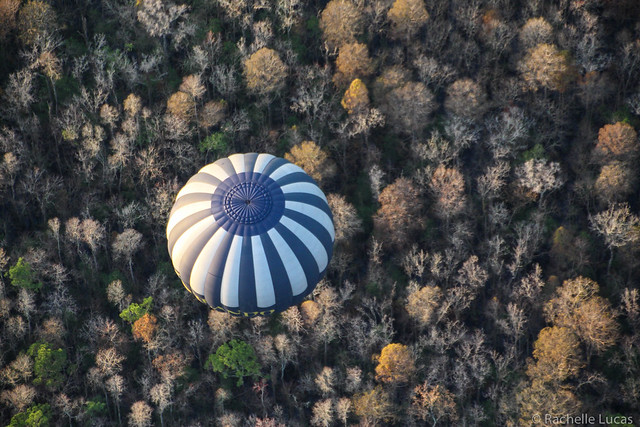 I learned a few things that day that I wish I had known before I had gone.  So, here are some tips to make the most of your hot air balloon flight:

If you’re in Orlando and interested in flying in a hot air balloon, I highly recommend it.  Not only will you get to see the area from a totally different perspective, but you’ll also have the opportunity to ride in one of the largest baskets in the world.  Check out Orlando Balloon Rides for more information.

Want to save these tips? Pin it! 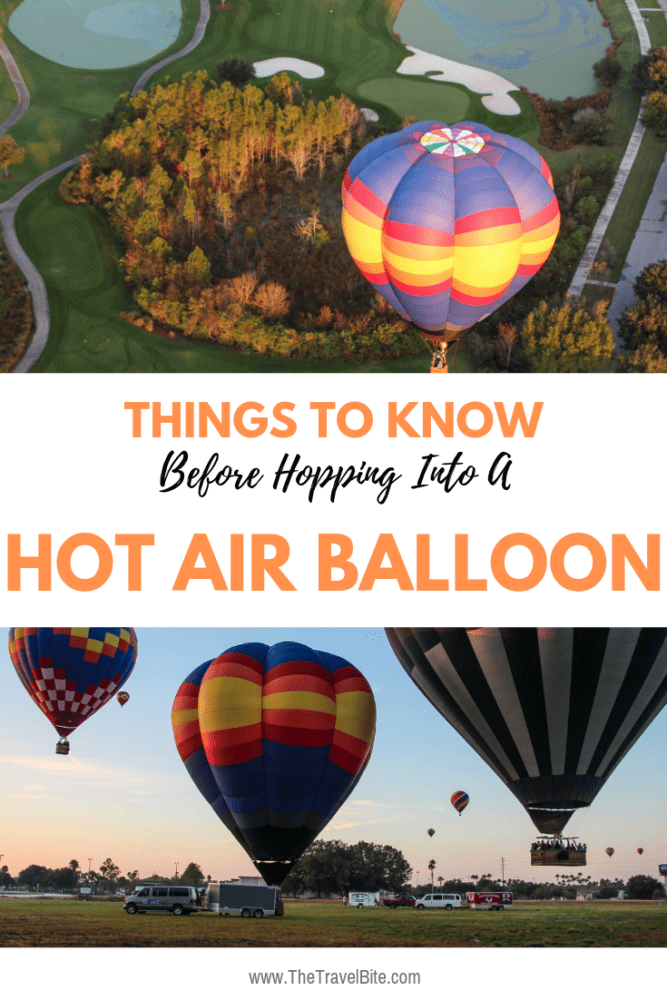 This post was created in 2015 as part of my collaboration with Viator. However, The Travel Bite maintains full editorial control of the content published on this site. As always, all thoughts, opinions, and enthusiasm for travel and food are entirely my own.