Pristine Sistine - 4 Secrets Of The Vatican – The Travel Bite

Get my free travel planning guide full of helpful travel tips and packing lists.
You are here: Home / Destinations / Europe / Pristine Sistine – 4 Secrets Of The Vatican

As the College of Cardinals gather inside the Sistine Chapel today while Catholics around the world wait in anticipation for the tell tale sign of white smoke to signify a new Pope, I can’t help but think back to my visit to the Vatican.  I remember being absolutely spent at the end of the day from sensory overload and a never-ending account of fascinating stories and legends. 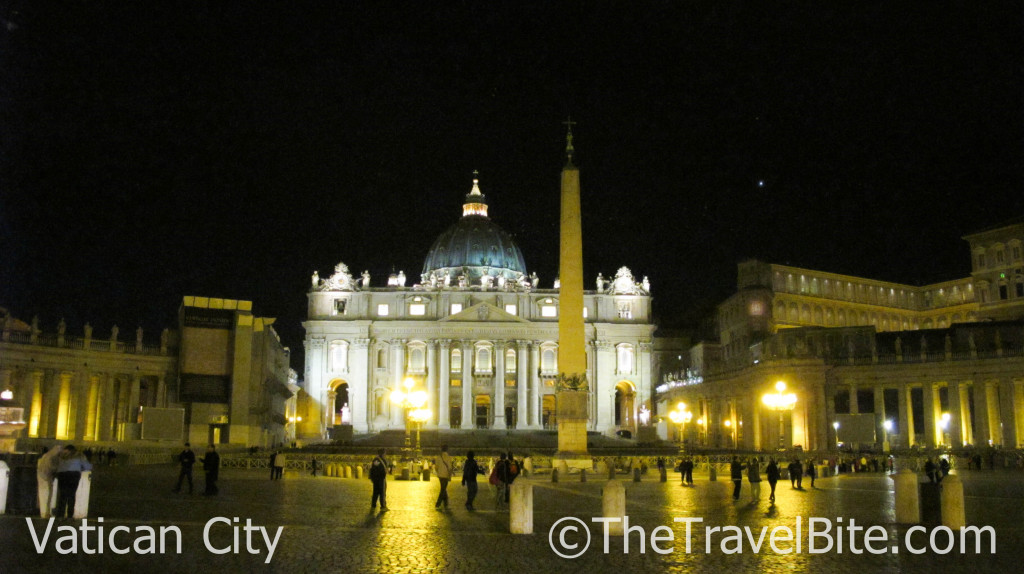 Whether you are religious or not, you can’t help but stand in breathless wonder at all the priceless historical treasures these walls hold.  If you go, rather then having your nose stuck in a guidebook trying to identify and locate all the magnificent pieces of art (of which there are many), I highly recommend going on one of the tours by Walks Of Italy as the experience is even better with a storyteller there to divulge all the secrets and nuances of the artwork. You’ll not only find the famous works of Michelangelo, Raphael, and Bernini, but you’ll also learn some secrets and history too. 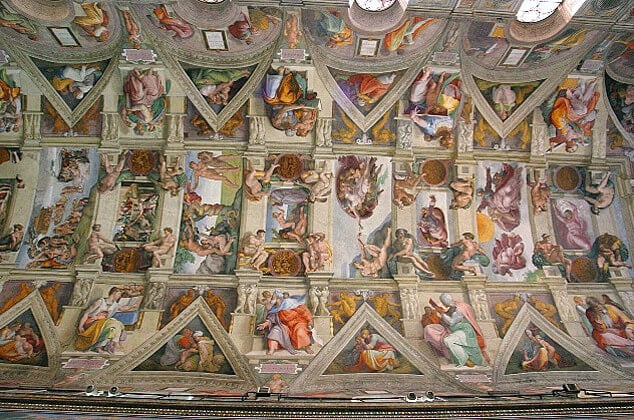 Yes.  I was shocked to hear this one too.  But the evidence is in the Sistine Chapel.  Apparently, he fancied himself more of a sculptor and was rather disgruntled about painting the Sistine Chapel.  But, who is he to tell the Pope, no.  So he began, and his first panel on the ceiling didn’t quite turn out as planned!  The plaster wasn’t mixed right, and so it’s about the only part of the ceiling that is missing a chunk.  The picture itself is also quite small and not to scale, as he didn’t take into account that people would be viewing it from floor level.  It took him weeks to complete the first panel.  By the end, he could paint God in a day.

2 – The Vatican Is City State

This is sometimes confusing to visitors looking at Rome on a map.  The Vatican is indeed it’s own city state and within it’s walls are the Holy See, the governing body of the Catholic Church.  Both are two separate entities.  Both can issue different passports.  There is one post office.  And not only do they have their own license plate, but they also quite possibly have the largest parking lot I’ve seen in Rome.  They’re also home to the smallest army in the world, which brings me to my next tidbit.

The Swiss Guard At The Vatican
Photo Credit: Pete Wallace

These tough guys dressed in frou-frou uniforms and wielding swords are still a bit of a mystery to me.  Their colorful outfits make them look more like jesters then security, but that’s because they are among the oldest uniforms in continuous use.

The bright red, yellow, and blue colors represent the Medici family, whose history provides a more entertaining drama then modern television. They were vastly wealthy and big supporters of the arts and the renaissance.  There was an assassination attempt on the Medici Brothers, Lorenzo and Giuliano on Easter Sunday during High Mass. Lorenzo survived, but Giuliano was not as fortunate.  It is said that Pope Sixtus IV’s nephew (and perhaps even himself) as well as the archbishop of Pisa plotted the murder with the Pazzi family in a struggle for financial power.  How’s that for a conspiracy!  Alas, the Medici’s have the final word, as their family’s colors are still present at The Vatican.

Depending on what you read, there are either three, or five, women laid to rest in St. Peter’s Basilica.  No matter the number, each of them has a story that fascinates and makes you wonder what was *really* happening in their lifetime.   My favorite of these historical characters is Matilda of Canossa.

Matilda was a military bad-ass that retained control of her land despite being a woman operating in a man’s world. She was also a big supporter of Pope Gregory VII and attempted to bring peace between the church and German emperor Henry IV.  Kathleen McGowan’s novel The Book of Love, is a fun (but fictional) tale of the Countess of Tuscany and a great read for travels to Italy.

Interested in having your own guided tour of The Vatican, check out the Pristine Sistine tour where you get a VIP early entrance to enjoy the beauty of the Sistine Chapel before it’s filled elbow-to-elbow with crowds.  There’s also a VIP Vatican Behind The Scenes Tour that takes you through the Vatican Museums, The Sistine Chapel, privileged access to St. Peter’s Basilica, and even secret rooms!  Both tours are reasonably priced under $80 Euros and well worth it!