Meat pie is a Christmas tradition in our home. My mother’s side of the family is French Canadian, and while in Canada this common Christmas dish is known as tourtiere, we just simply called it meat pie. It’s a savory pie with minced meat, potatoes, and flavored with seasonal spices like cinnamon, allspice, and cloves. We’d typically serve it with a side of cranberry sauce or ketchup in our family, but I’ve heard of it being served with gravy too. 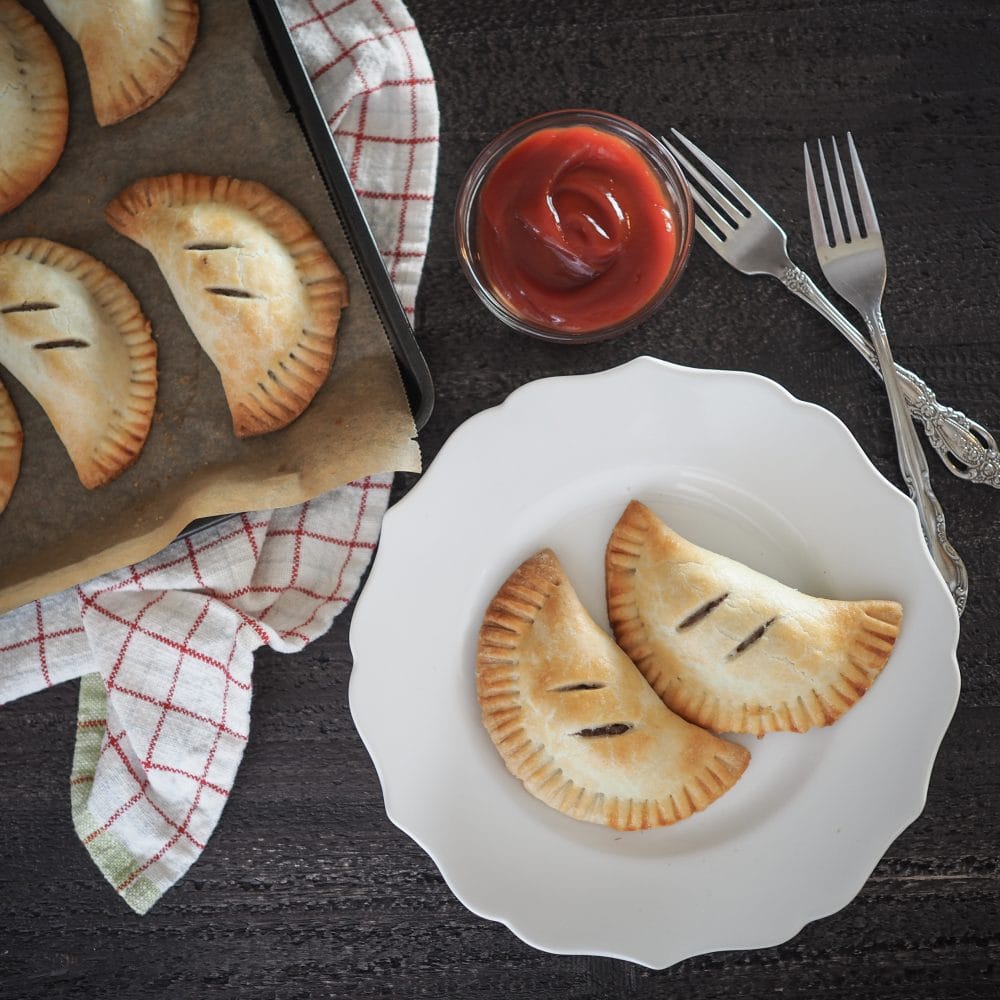 The history of meat pie dates back to the fifteenth century, and while I’ve seen some recipes for tourtiere get really gourmet and elaborate with the spices and meats, this one is actually from my grandmother and is more of a depression era recipe with simple ingredients and mixed with potatoes to make the meal big enough to feed a family. 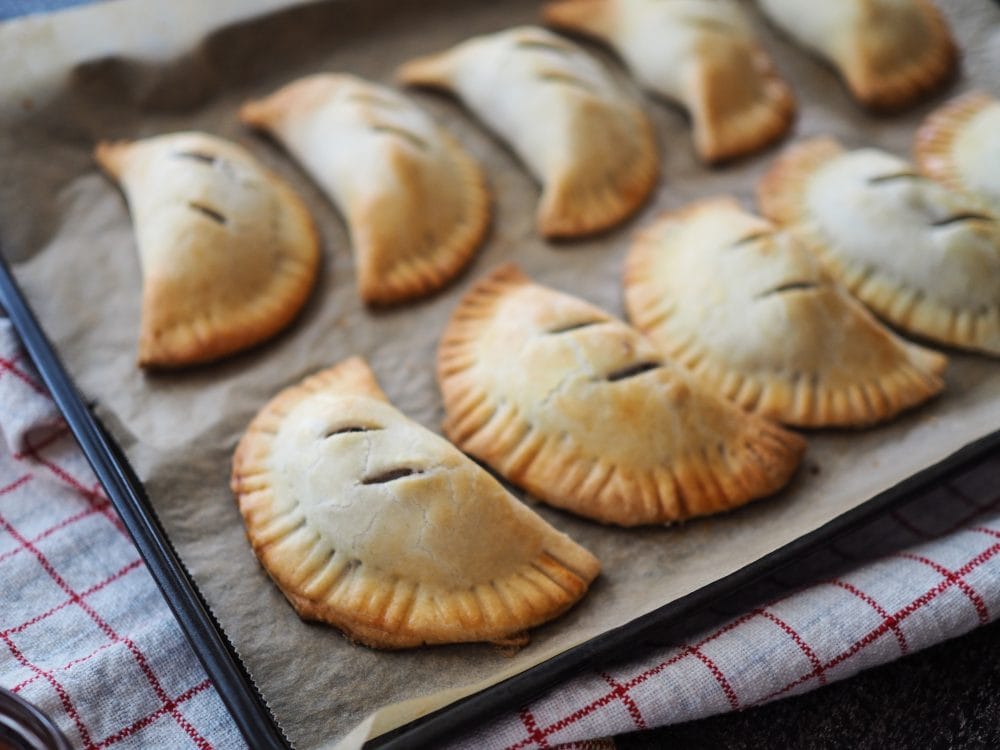 Speaking of family, my grandmother’s recipe for meat pie is indeed, gigantic. Her original recipe for meat pie makes two large standard sized meat pies, or as I later found out endless amounts of hand pies. So for the meat pie recipe below, I’ve cut the ingredients down to half to make it a bit more manageable for a smaller hand pie.

What I love about these is that they’re easier to wrap up individually and freeze if you make a big batch and have some left over. They’re also a hearty appetizer for holiday parties. 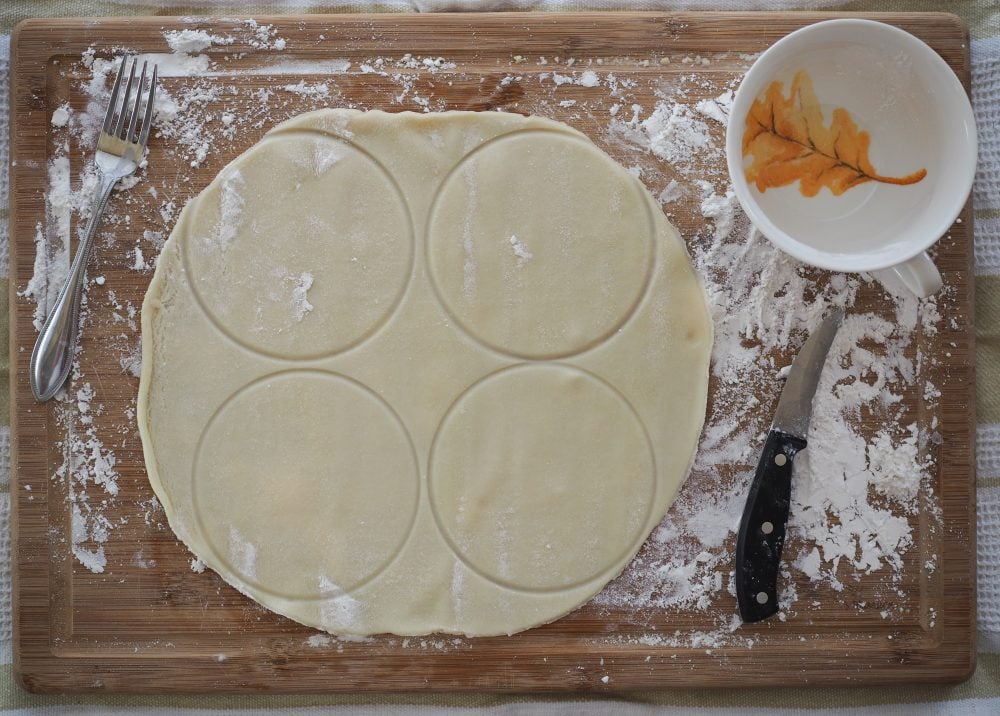 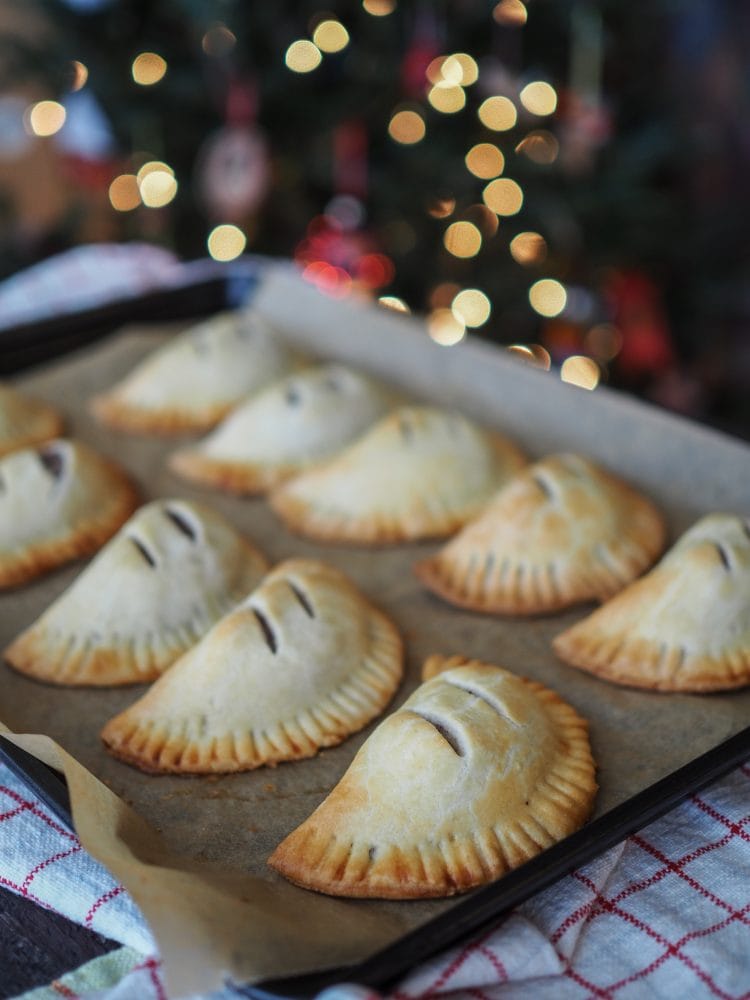