One of the things I loved about the food in Jordan was the mezze, which are small appetizers similar to Spanish tapas.  At the beginning of most dinners, there would be a whole tableful of these shareable plates — delicious things like hummus, labneh (a type of yogurt) with pita, and falafel.   And sprinkled among the mezze were a few Jordanian spices and two that were new-to-me were sumac and zaatar.

Sumac is a type of tart burgundy-colored berry that’s dried and ground to make the spice.  It’s tart, almost lemon-like in flavor, and really enhances a dish by giving a little added zing.  Thankfully, I’ve actually seen sumac for sale at our local Trader Joes, but you can also find (affiliate) sumac on Amazon too.

Zaatar (or za’atar) is a Middle Eastern spice blend, and while the ingredients can vary per region, it’s usually a mix of thyme, toasted sesame, and sumac.  It is probably the one and only spice I could eat all by itself by the teaspoon full — yes, it is that good!

Zaatar has a way of hitting all five flavor points on the tongue, so it goes great on a lot of things.  You could sprinkle it on hummus or yogurt, and it also tastes fantastic on roast chicken too.  In Jordan, we’d have zaatar on pita bread for breakfast with yogurt and honey.  SO good!

Since I’m almost out of the za’atar I brought back with me, I decided to mix up my own za’atar blend at home. 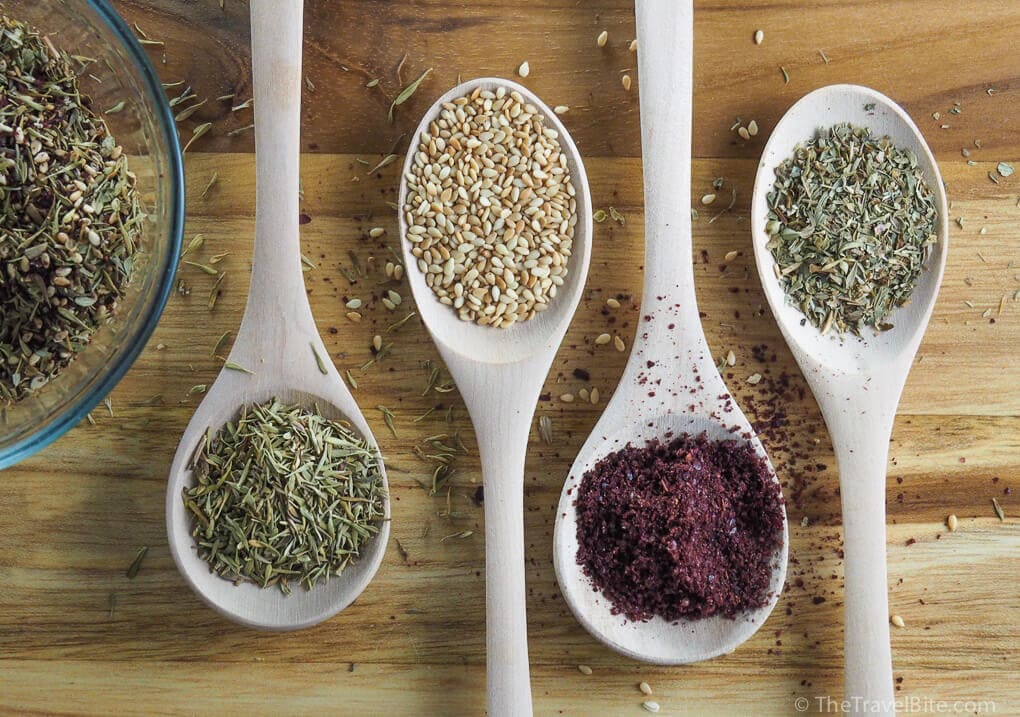 Nutritional information provided is only an estimate.