Traveling to write about food, I usually have my fingers on the beat of the latest trend, and turmeric is definitely trending.  I find it added to juices, teas, and even touted on menu ingredient lists.  I’ve been reading about the potential health benefits of turmeric, primarily reducing inflamation.  As a runner, this is important to me, especially when I run long distances and have achy knees.  So, I thought, why not give it a shot?  If nothing else, it’s a warm toasty-tasting beverage that’s caffeine free and perfect for a chilly winter afternoon. 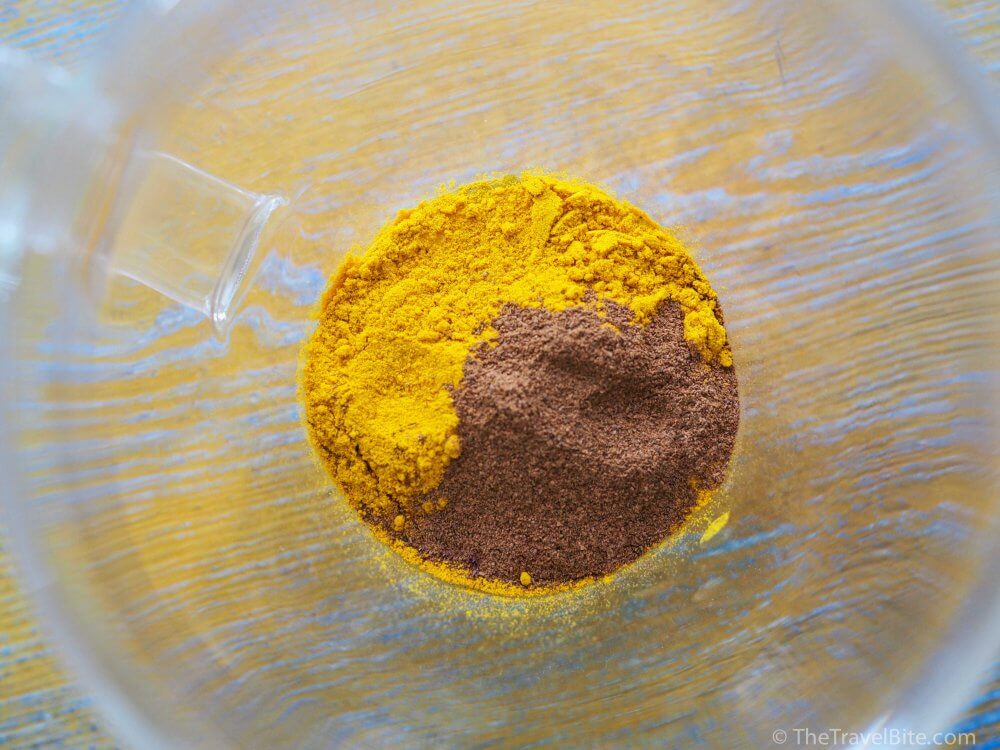 I remember seeing raw turmeric for the first time during a visit to an outdoor market in Bali with Chef Ariana at Four Seasons Resort.  It looked a root similar to ginger, just a bit smaller and bright orange!  It’s used quite often as a natural food coloring (it is typically what makes mustard bright yellow), so even if you think you haven’t tried it before, you might have tasted turmeric without even knowing!  On it’s own, it tastes and smells like a light ginger, but without the spicy heat.  And it has a great earthy, nutty flavor that’s perfect for making coffee-style drinks.

In juice bars, I’ve tried turmeric drinks served as Golden Milk, named after it’s lovely color.  Only, the flavor was a bit bland.  I hate when you get a latte style drink and it just tastes like hot milk and nothing else.  I decided to experiment with it and see if I could make a cappuccino or latte, and turmeric with a spoonful of honey and a touch of cinnamon is pretty divine.  I’ve also made this spiced turmeric milk with a shot of espresso for a caffeine kick and it is very similar to Dirty Chai.

But since I love coffee so much, and I drink so much of it, I try to cut down on caffeine in the afternoons and just make turmeric milk as I have it described below.

For frothing and heating the milk, I have a Mr. Coffee Milk Frother that I love to use to make cafe style drinks.  Especially since it froths milk just as good as any barista would.  But if you don’t have a milk frother, you can add all the ingredients below to a small saucepan on medium heat and continually stir it with a whisk until it’s heated to your desired temperature. Using a whisk will give you some froth and also prevent the milk from burning at the bottom of the pan.

I hope you enjoy this toasty tasting beverage as much as I do! 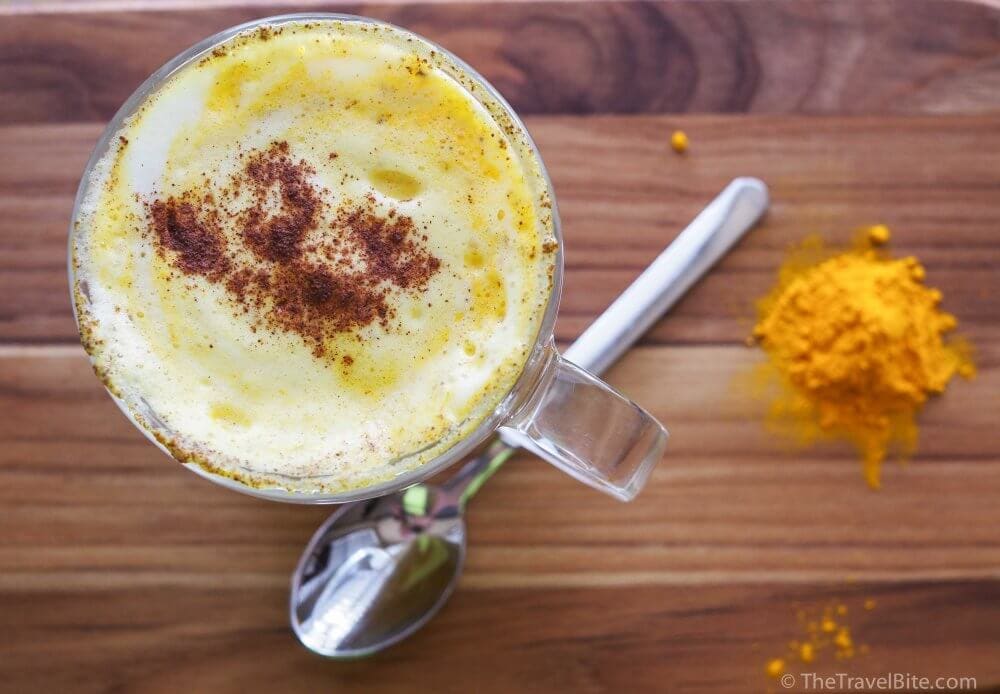 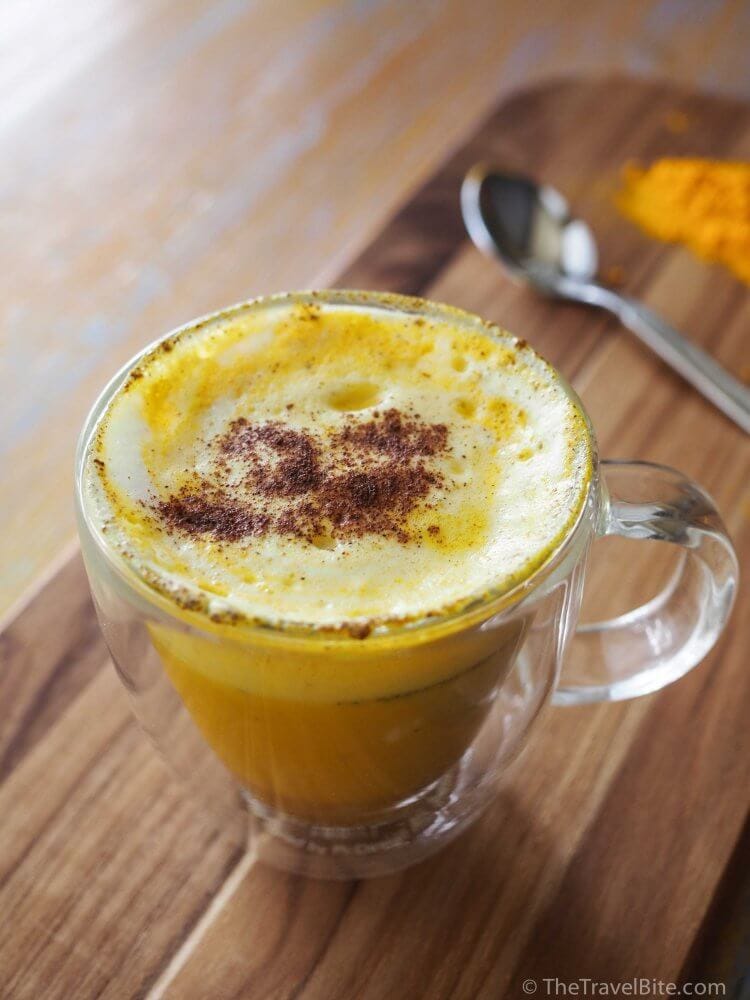