Since it’s the season for all things cranberry – from desserts to decorations – we thought we’d share some of the fun facts we learned so that you can quiz your family with cranberry trivia. 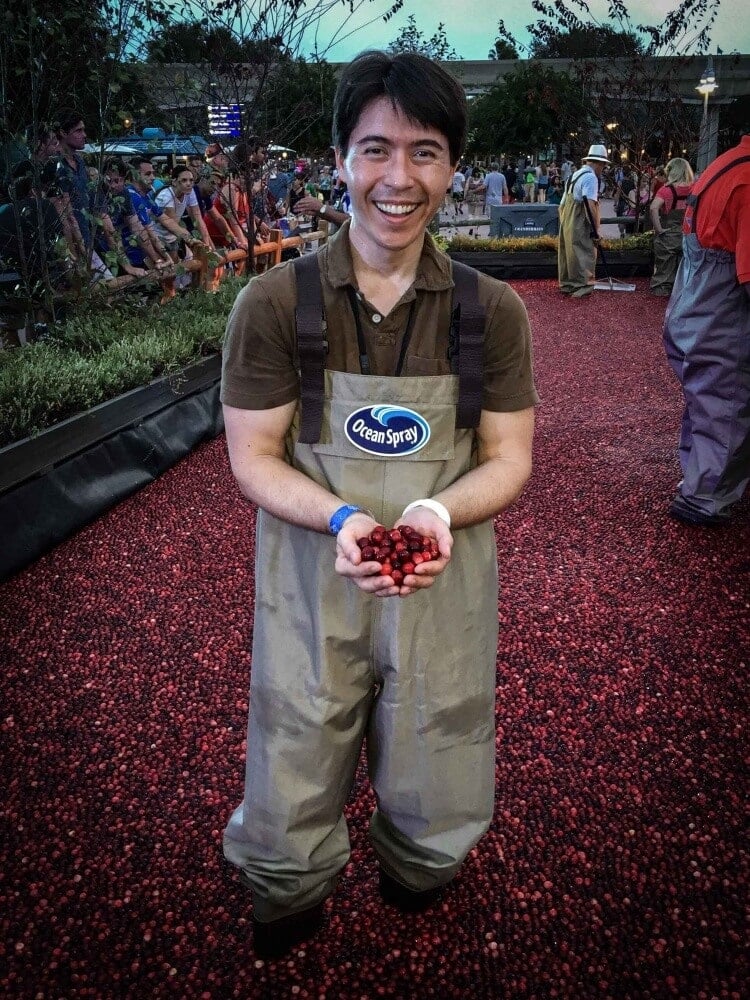 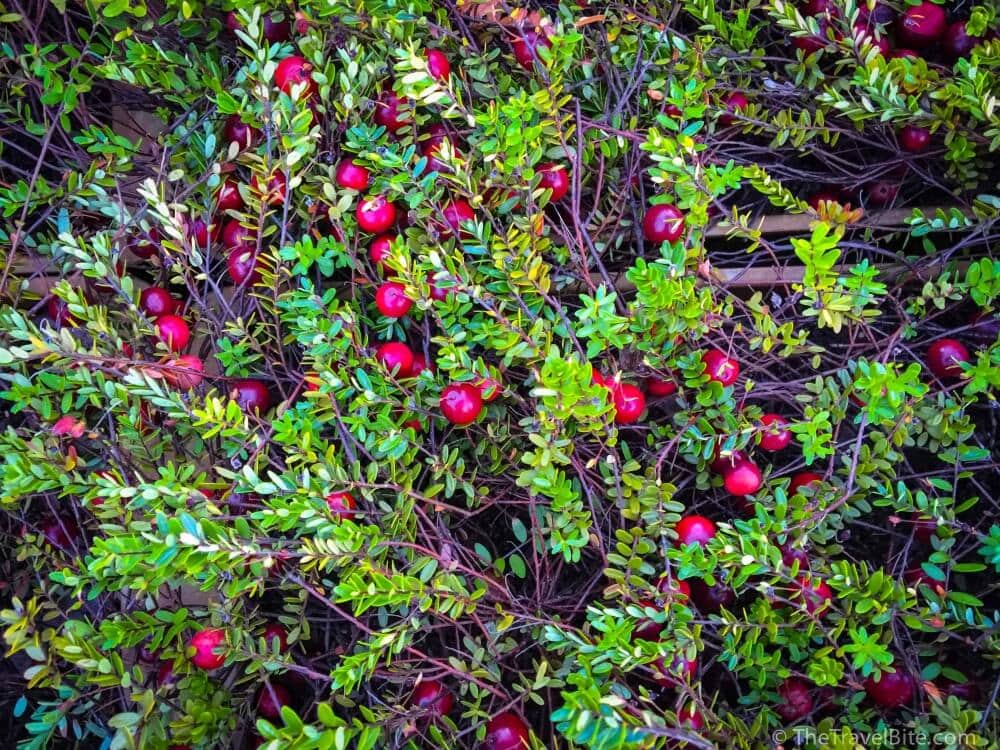 Here’s one little fact about cranberries that surprised me … they don’t actually grow in water. Cranberries are a tough little dwarf shrub that survives in climates where most fruits wouldn’t. And because the berries have a little pocket of air inside, they float!

So flooding the cranberry bogs is one of the ways they’re harvested. Since this was the first time I’ve actually seen cranberries still attached to shrubs, and I have to confess, I plucked a few to taste. And they were not nearly as tart as I thought they’d be! 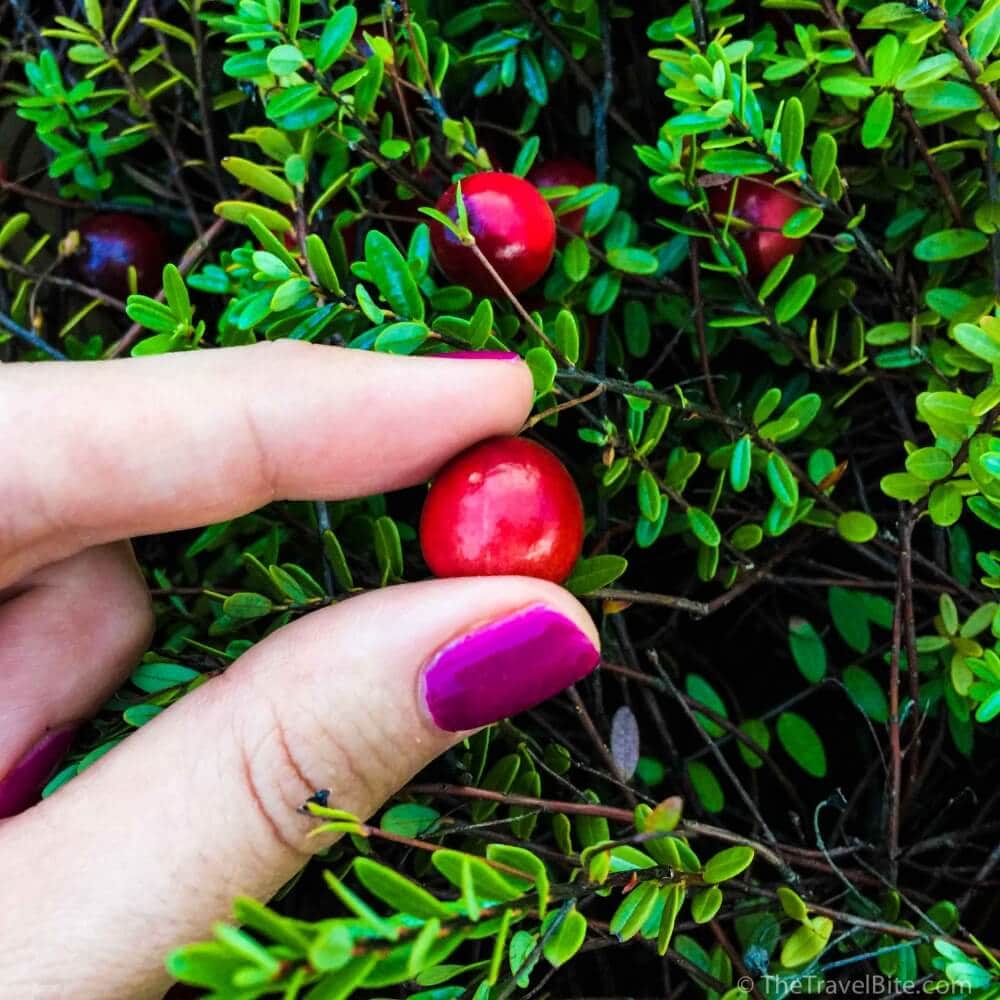 Ocean Spray Is A Coop

As we chatted with the farmers, we were surprised to learn that Ocean Spray was a coop (even though it says it right there on their logo, I had completely missed that fact all these years!).  I had always thought of them as just a big corporation, so meeting the farmers and their families really made Ocean Spray feel more authentic and approachable — plus we learned quite a bit.

One of the farmer’s we met with, Lisl Detlefsen, described the harvest process to us and how they share the water they use to flood the bogs. While we haven’t visited a real cranberry bog in person (yet!), they did have a virtual reality booth set up that pretty much immersed us the process.

Looking around a flooded field of bright red berries, even virtually, is a pretty amazing site to see.  In addition to being a farmer, Lisl also recently published a children’s book about cranberries and the harvest called Time For Cranberries.  It’s a great way for families and curious foodies to learn about the harvest. 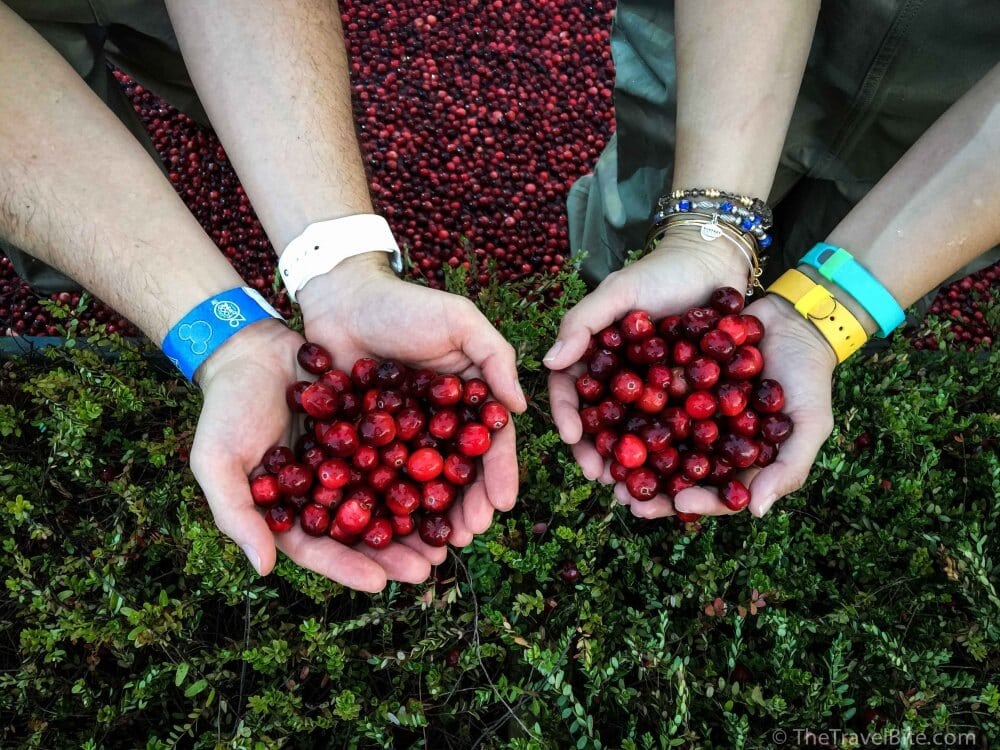 If you’d like to learn more, take a look at oceanspray.com.  In the meantime, here’s 7 fun little facts about cranberries. Comment below and tell us if you’re a canned sauce person or a homemade sauce person. 😉

1 – The cranberry gets its name from Dutch and German settlers who called it the “crane berry” since the flowers on cranberry vines resemble the head of a crane.

2 – It takes about 200 cranberries to make one can of cranberry sauce.

3 – Some cranberry beds are over 100 years old and still producing. The oldest cranberry bed is in Wisconsin it is around 139 years old.

4 – Cranberries contain Vitamin C, which is why they were sometimes recommended to sailors in the 19th century to prevent scurvy.

6 – Wisconsin has been the number one cranberry producer in the U.S. for over twenty years and produces half of the world’s cranberries. (So they’re not just known for cheese!)

7 – Seven of 10 cranberries sold in the world today come from Ocean Spray, a grower cooperative started in 1930.

Disclosure:  Our participation in the EPCOT Food & Wine Festival was sponsored, however, our enthusiasm for fun food facts and cranberries are entirely our own.