Most of my recipes have a fun travel story to go with them, but this one for crispy oven baked chicken wings from home and begins with a confession. I might be the only American that doesn’t totally love football. If I have to pick a team to root for, I usually choose a team based on if I like the color of their uniform (and that could change from week-to-week).  But one time a year I’ll actually sit down to watch a game and it’s the Super Bowl. I don’t know if it’s because I find the ads hilariously entertaining, or if it’s just because I enjoy gathering with friends and catching up over snacky foods. But the “big game” (at least of food) is somewhat of an annual tradition despite my lack of interest in football. 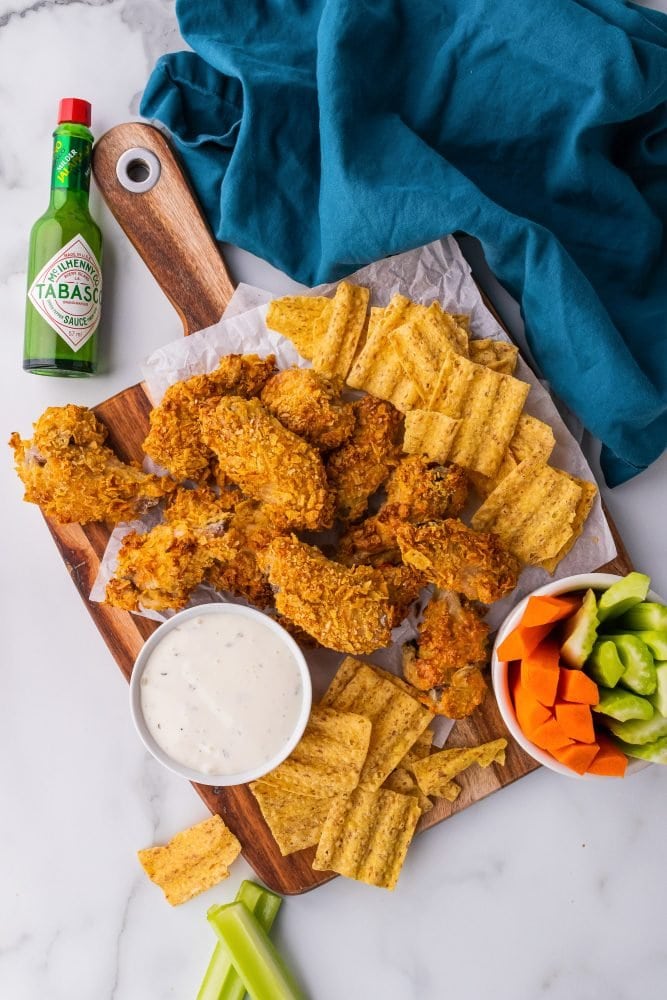 This recipe was inspired by two things. First – my resolution to make healthier choices in the new year, thus making baked wings instead of fried. And second – my resolution to save moolah. I had a big stack of SunChips coupons given to me in a goodie bag at a food conference. While my husband could devour a bag of chips and hummus in no time, I thought I might try using chips instead of breadcrumbs to make some crispy oven baked wings. After some tinkering and a few trials, I’ve got a delicious recipe for baked wings with just a hint of spicy tang. If you’re ready to make them, just hit the “jump to recipe” button. Otherwise scroll through for some of our extra tips and tricks below. 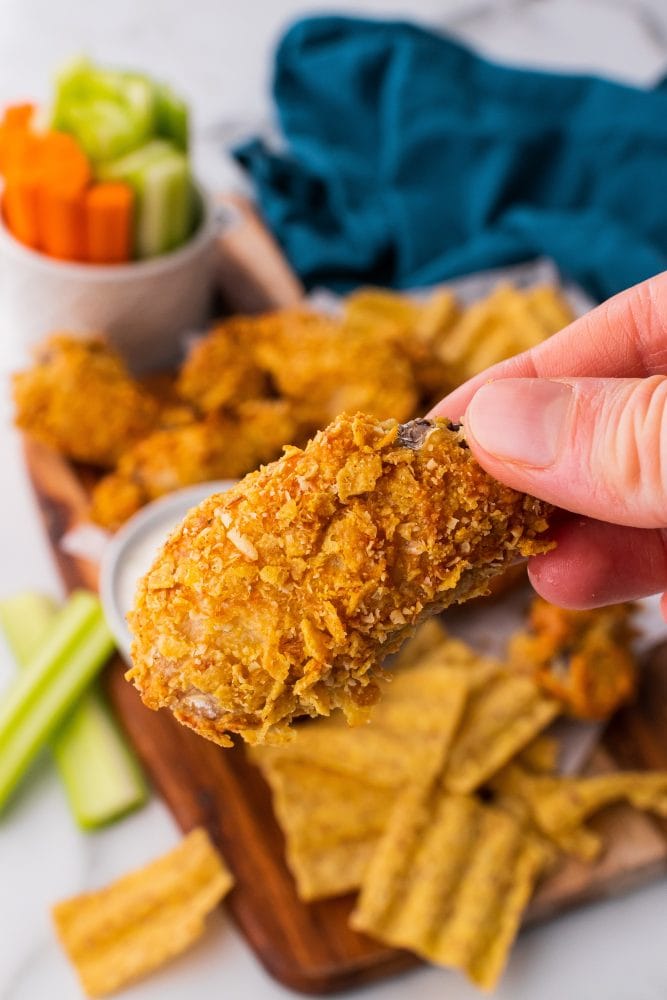 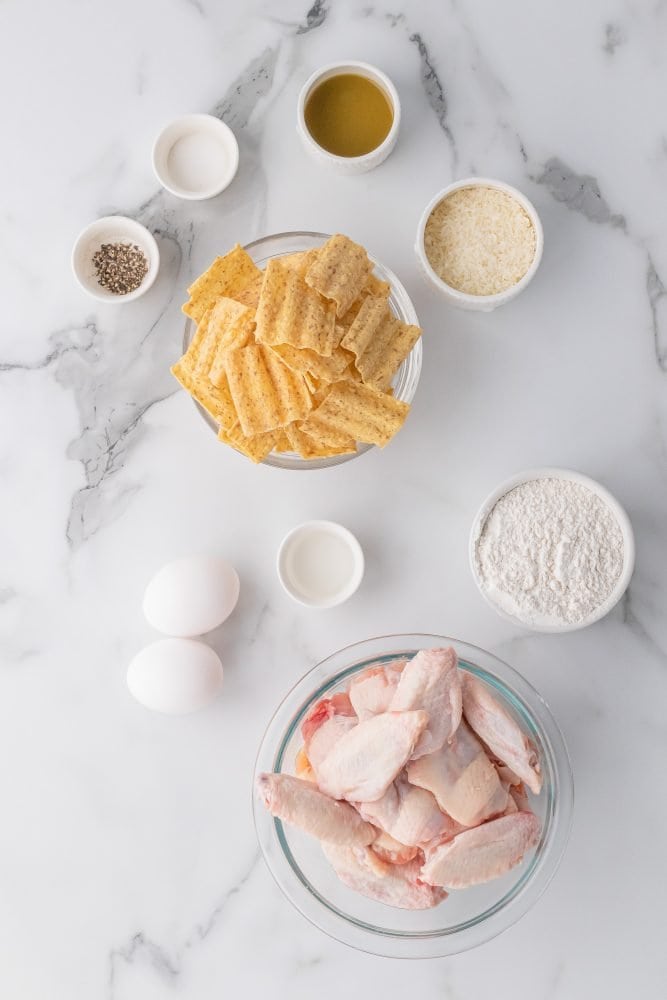 How Long Do You Bake Chicken Wings At 350 Degrees?

For this recipe, let me give you a tip. I pre-heat the oven to 400 degrees. Then, once I add the chicken wings, I reduce the temperature to 350 degrees and bake the chicken wings for 40 minutes. Preheating to 400 helps get them extra crispy on the outside. 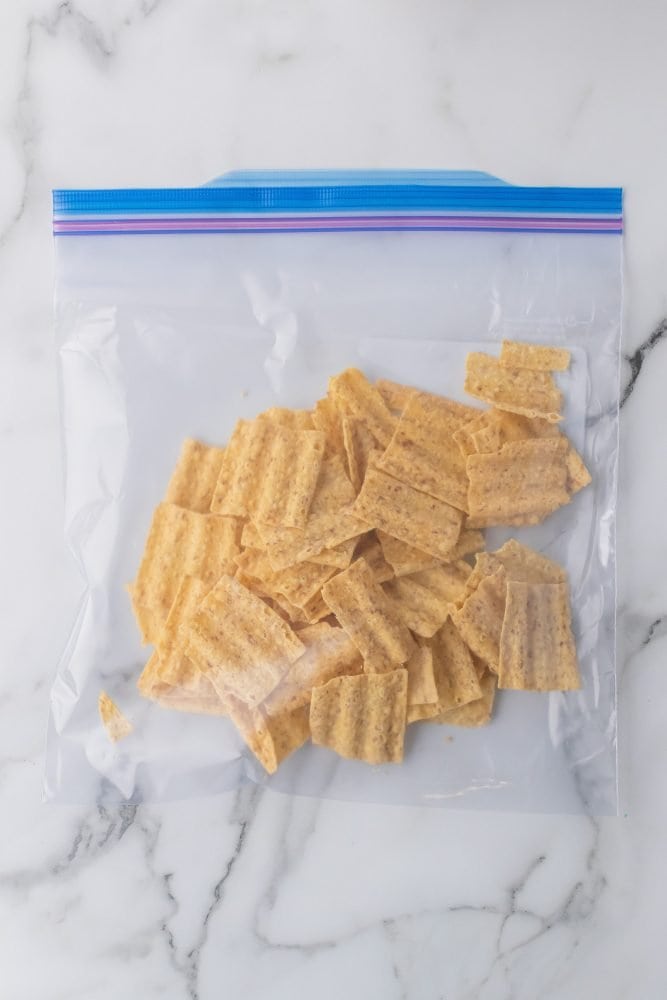 Add the Sunchips to a gallon-sized freezer bag and press out any excess air while sealing it. Crush the chips using a spatula until they’re small and crumb-like. 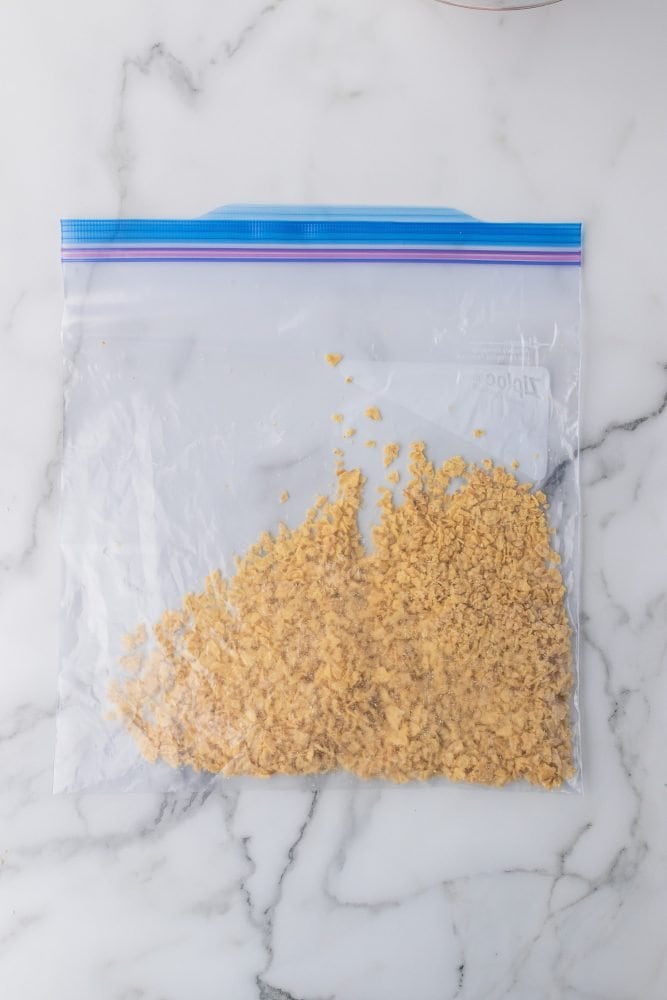 Next, add the Parmesan cheese to the bag, reseal and shake until well blended. Set aside. 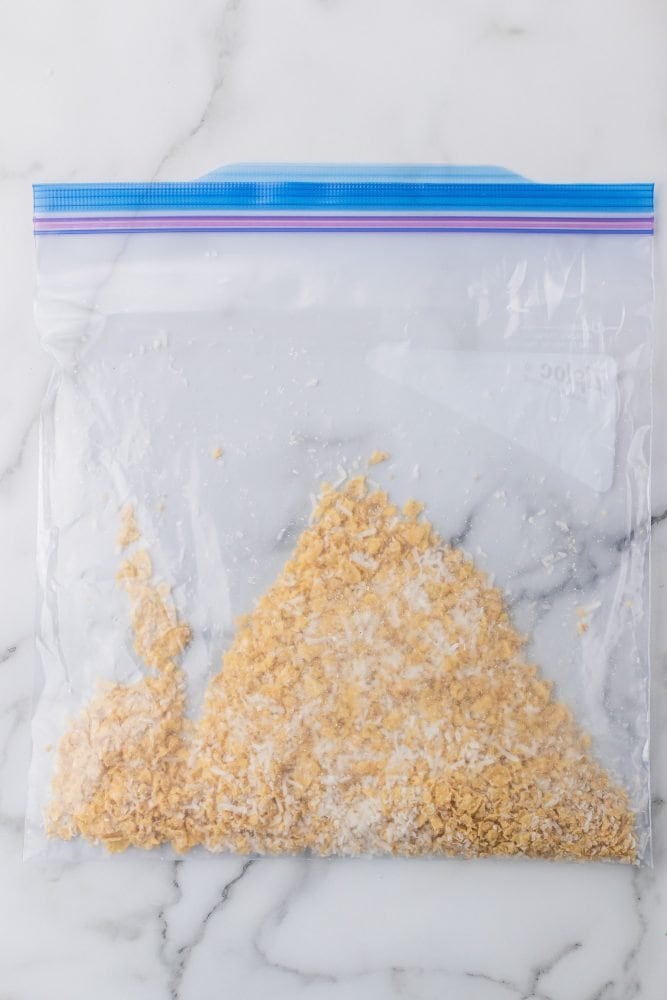 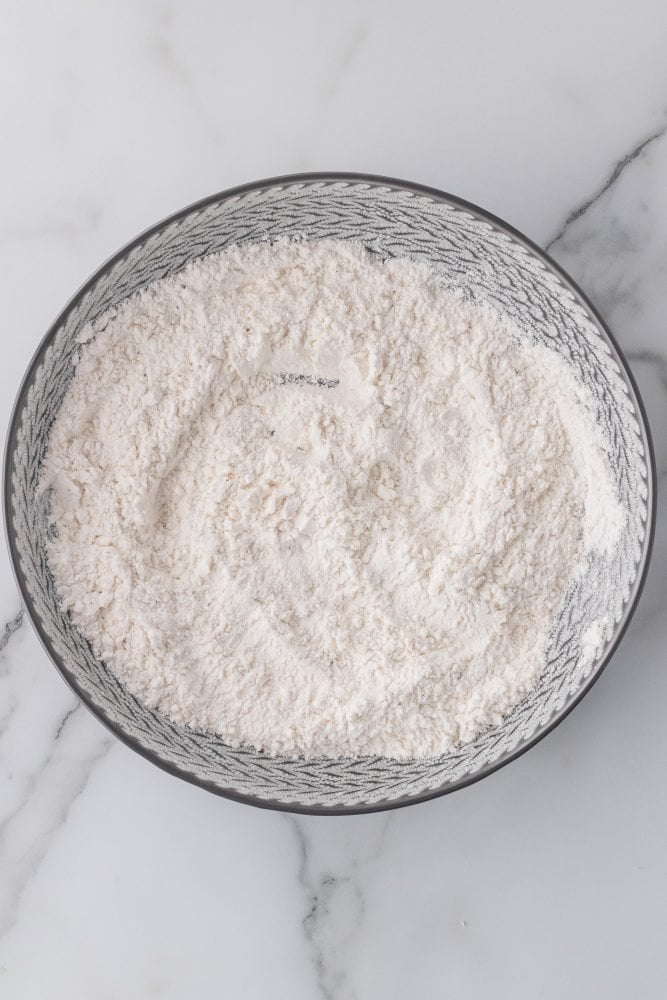 In the second bowl, add eggs, green Tabasco, and water. Wisk together until well blended, as if you were making an omelet. 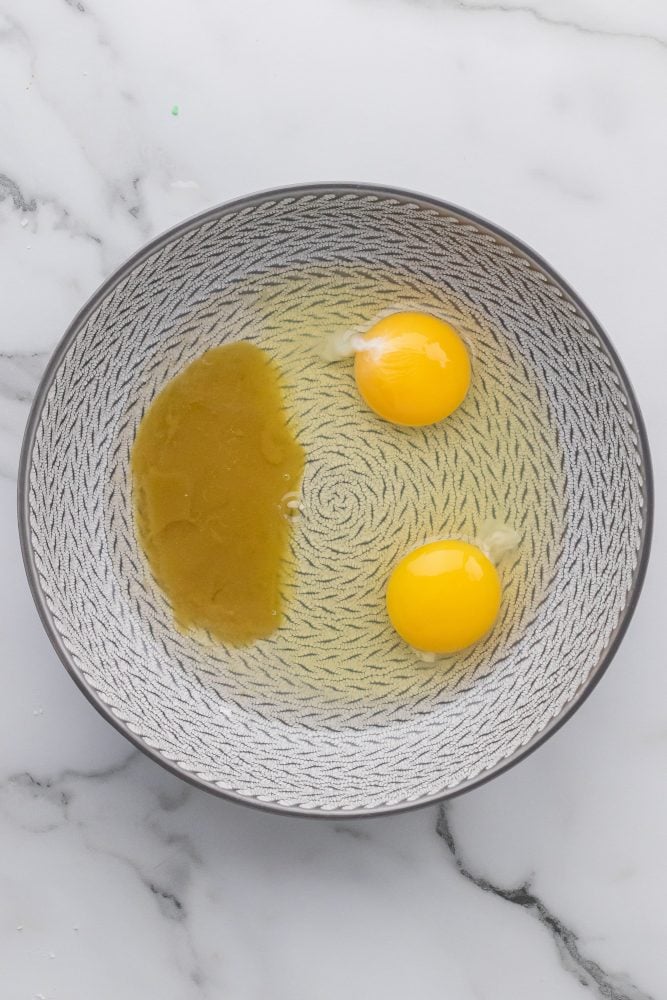 Pour the Sunchips/Parmesan mixture into the third bowl. 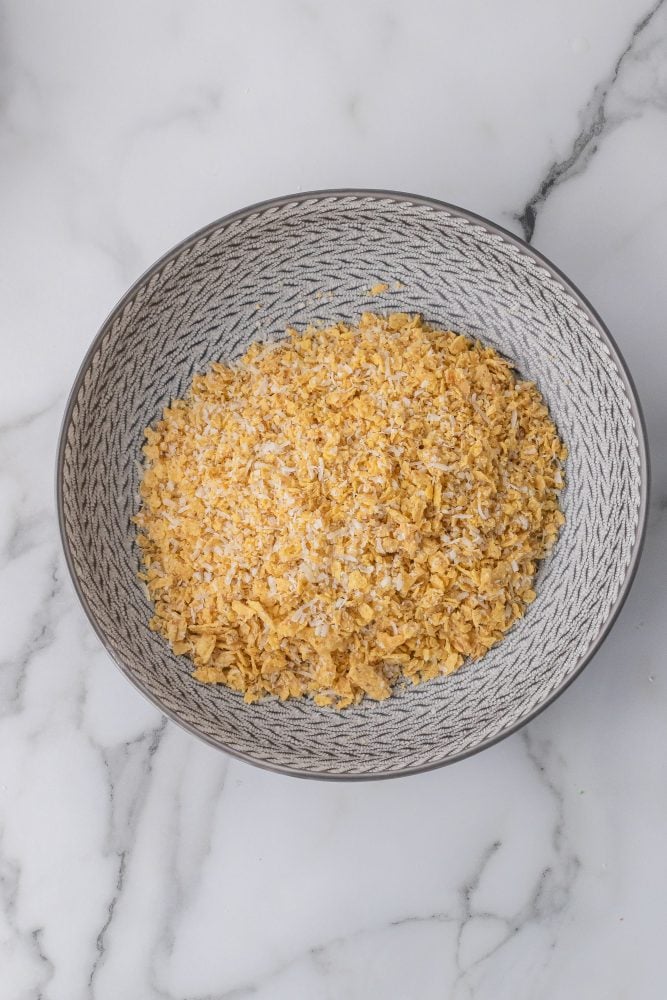 Dredge the chicken drumettes in each bowl, first coating the chicken with flour, then in the egg mixture, and finally the crushed Sunchips. 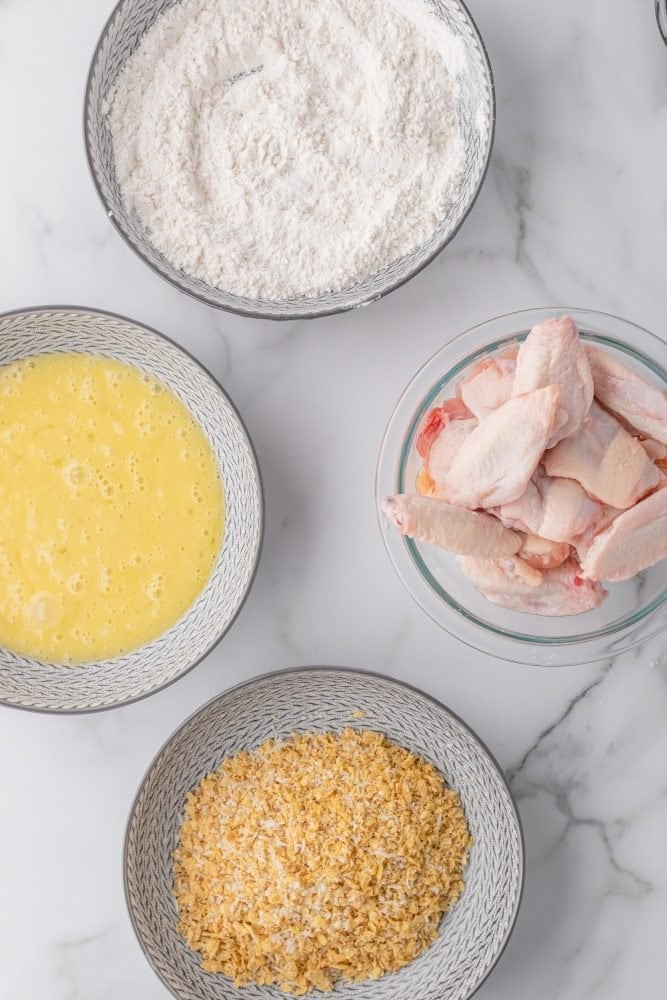 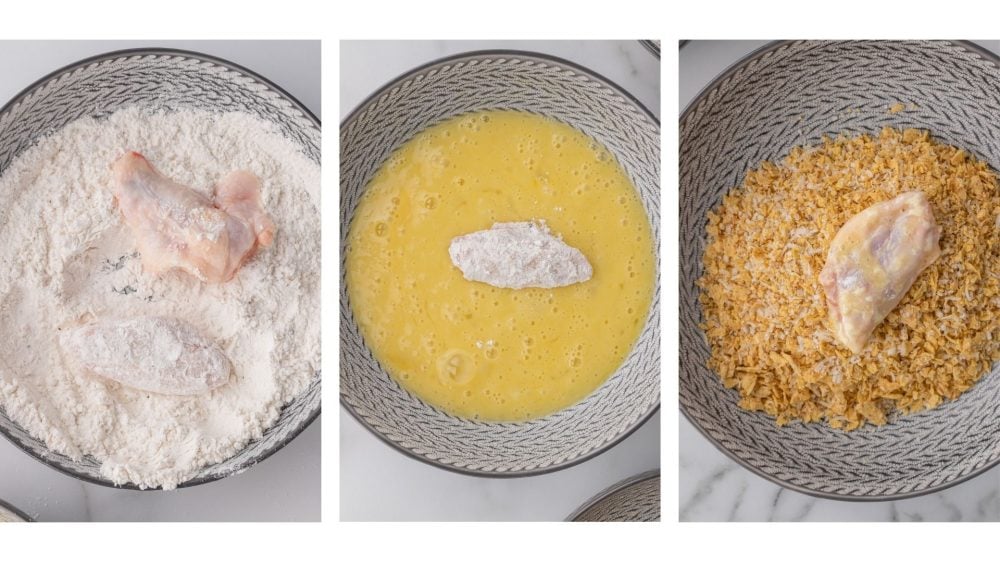 Coat a broiler pan with oil (I like to spray it with non-stick spray like Pam) and arrange the chicken on a broiler pan. 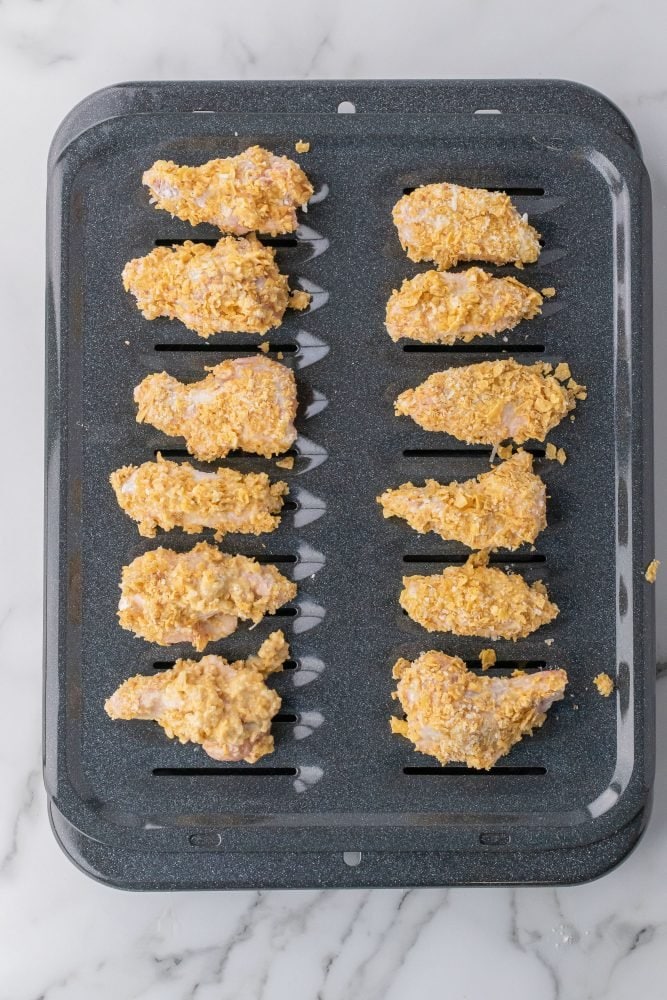 Reduce oven heat to 350 degrees and cook chicken for 40 minutes until brown and crispy. 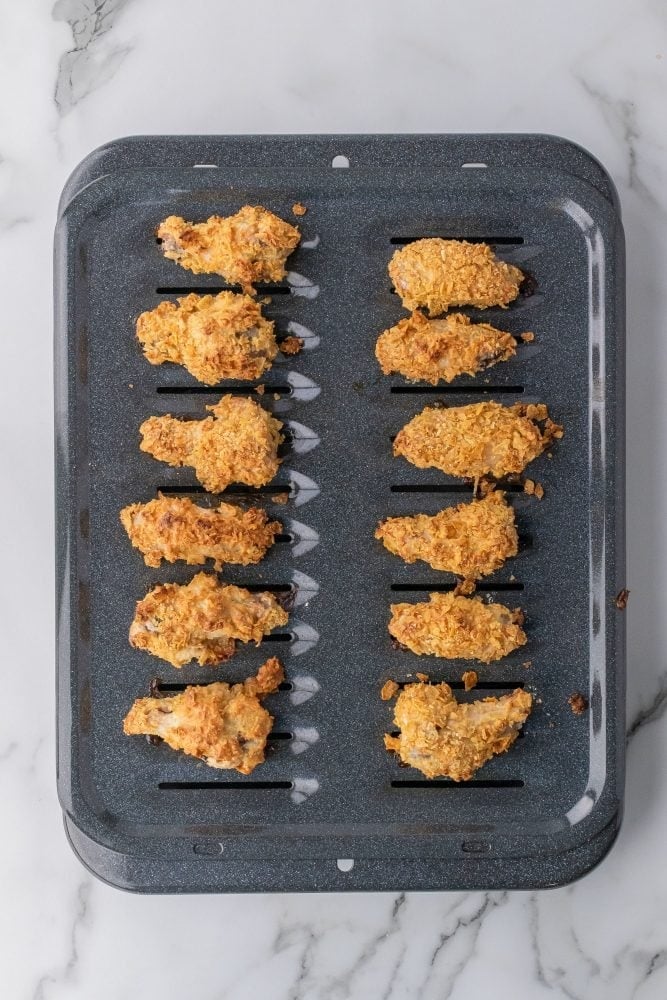 Using tongs, remove the chicken from the broiler pan and plate with your favorite dips and snacks.

What To Serve With Crispy Oven Baked Wings

Serve the crispy baked chicken wings with your favorite dipping sauce, veggies, and a side of Sunchips. I like to serve my wings with a bit of ranch for dipping, carrots, celery, and the bottle of Tobasco for extra heat. 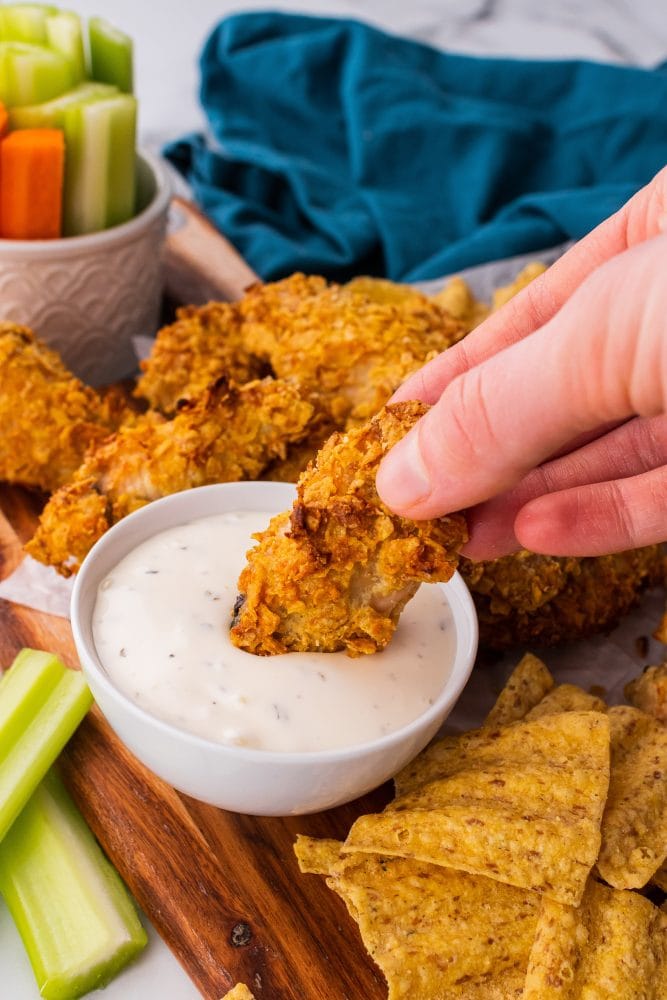 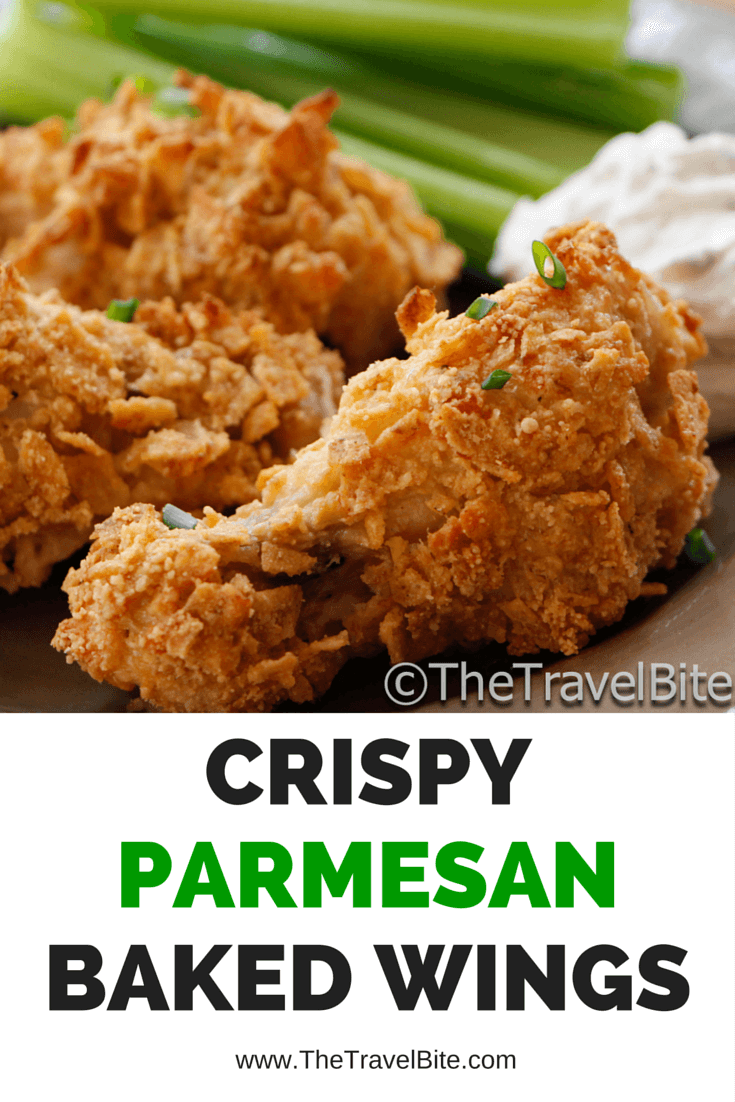