I first had Welsh Cakes while on a tour of Wales with the owner (and now friend) Sian, of Loving Welsh Food. And this Welsh Cake recipe is a gift from her. I’ve included both the U.K. and U.S. measurements below. We hope you enjoy it!

What Is A Welsh Cake?

So what exactly is a Welsh Cake? They’re a bit like a cross between a pancake, biscuit, and scone. The dough is similar to what you’d work up for a biscuit, mixing the flour and butter into a crumbly mixture. But they’re made in a pan, similar to a pancake. And the final result is dense and flaky, shaped like a cookie but with a more dense texture like a scone. Welsh Cakes are also sometimes called bakestones, named after a type of griddle they are traditionally cooked on in Wales. They’re a wonderful treat with coffee or tea, or even just enjoyed on their own. 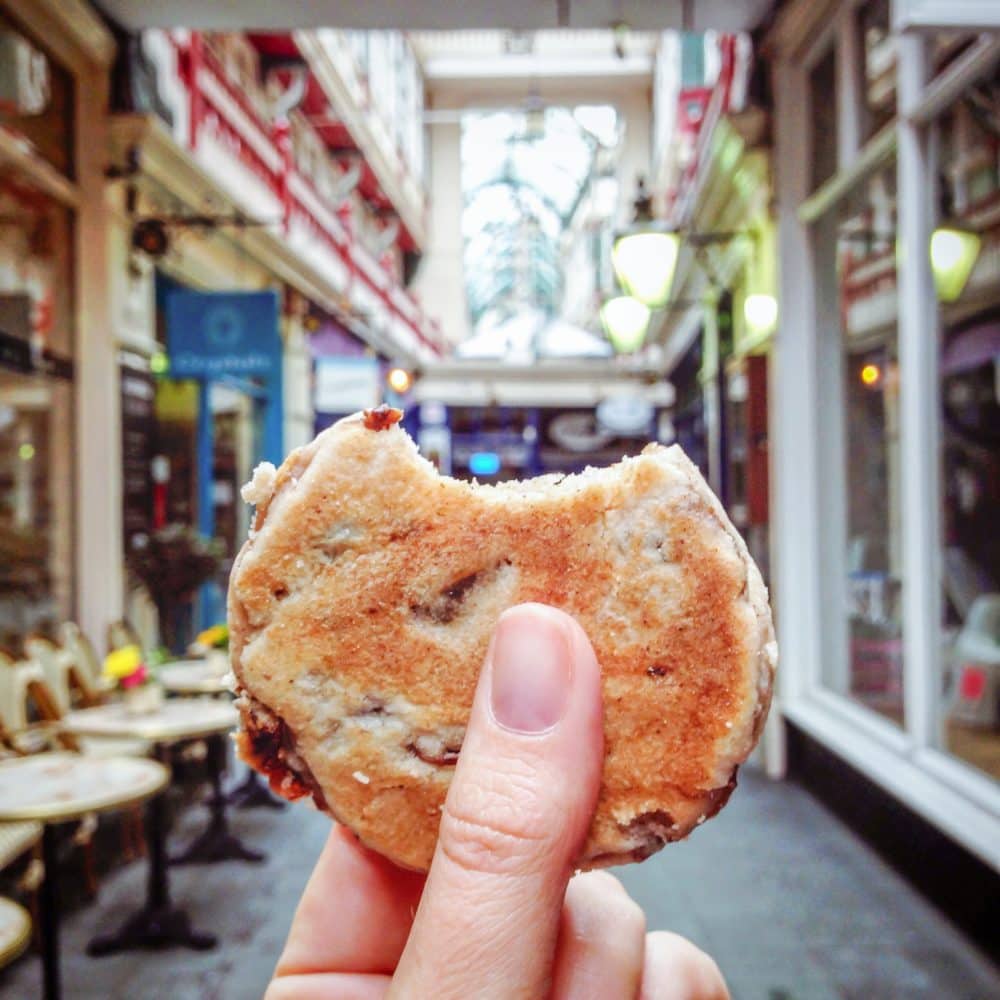 Welsh Cake held up in an arcade in Cardiff, Wales.

Welsh Cakes can be sweet, some more so than others. I personally find them to be balanced with just a little touch of sweetness. But there are some Welsh Cakes made with chocolate chips, or even Nutella, which would make them more sweet and dessert-like.

What’s The Best Way To Eat A Welsh Cake?

Welsh Cakes are best described as a teatime treat, similar to a scone. They can be served warm, sprinkled with sugar and enjoyed on their own. Or you can have Welsh Cakes with a little butter and jam on the side. Since they’re shaped like a cookie, Welsh Cakes are great as a snack to-go too. We had them in the car during our road trip throughout Wales. (And if I’m honest, I had quite a few stashed away in my carry on during my flight back home too.)

What’s In A Welsh Cake?

Kind of like a pancake, but smaller like a cookie, Welsh Cakes are a sweet teatime treat. They’re made with flour, butter, eggs, and milk (similar to pancakes) and can be sweetened or flavored with a variety of additional ingredients. Traditionally, Welsh Cakes are made with lard instead of butter, and dried currants or sultanas are added to the batter. But Welsh Cakes can also be made vegan (using vegetable oil instead of lard or butter) and flavored with other ingredients like cinnamon, dried cranberries, Nutella, chocolate chips, and white chocolate. 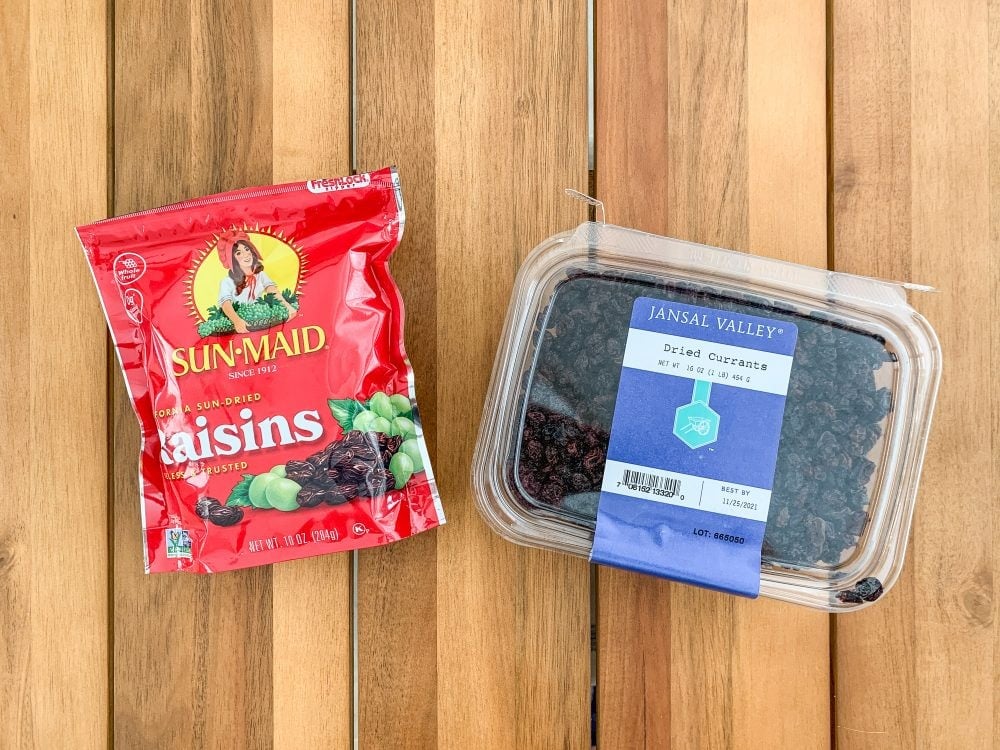 Traditional Welsh Cake recipes call for lard instead of butter, or a mixture of lard and butter. Lard has grown out of fashion here in the U.S., so there number of brands to choose from is limited. But you could also use your own rendered lard. Personally, I liked Sian’s recipe, because it used butter. And I love the flavor of butter in baked goods.

You’ll notice the recipe calls for castor sugar. I wouldn’t swap this out for powdered sugar. The powdered sugar will just sort of melt into the cake, while the caster sugar will stay nicely dusted on the surface of the cakes. (More on castor sugar in the section below.)

When cooking, definitely test out one or two cakes to start to make sure your pan or griddle is at the right temperature. Not gonna lie, I burned my first batch. Sian’s Welsh Cake recipe said to make sure the griddle was really hot. This might work on a gas stove with a cast iron pan, but I have a glass cooktop and a non stick pan. So I had to cook them a bit longer at a lower temperature. I set the stovetop to a level 4 and cooked for 2-3 minutes on each side. 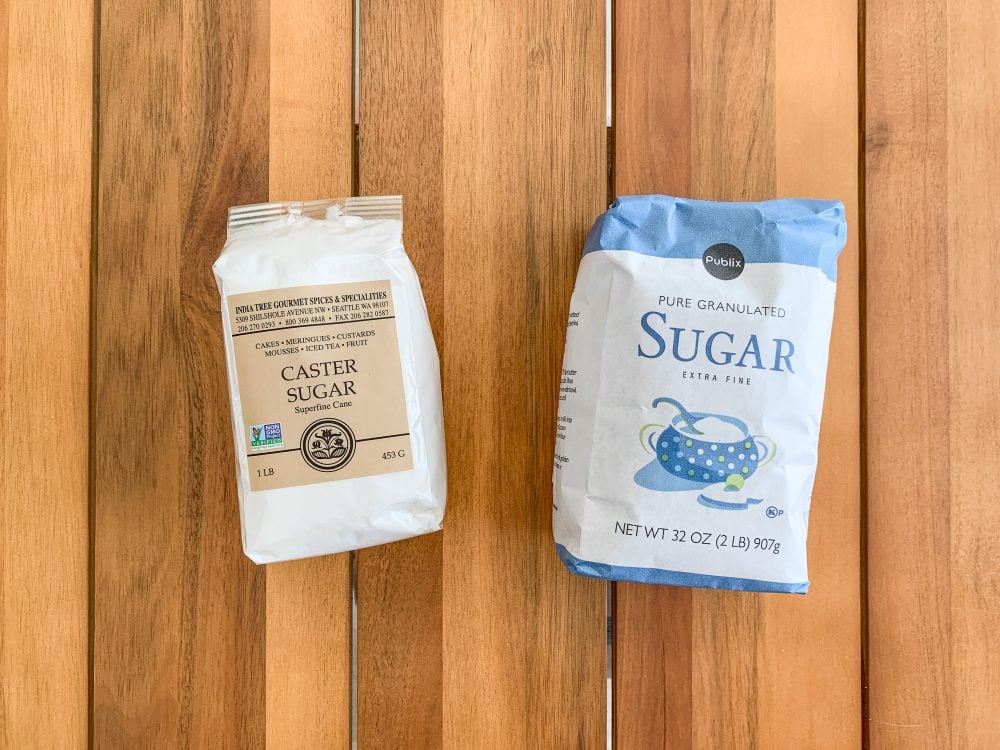 But when it comes to baking and cooking, there are so many more. There’s regular granular sugar (table sugar), but that also comes in a “sugar in the raw” form too. There’s brown sugar, dark brown sugar, confectioner’s sugar, castor sugar, turbinado sugar, pearl sugar, cane sugar, and demerara sugar too. Sounds a bit like a scene from Forest Gump, right? If you want to read all about them, the Kitchn has a really good visual guide to sugar .

For baking Welsh Cakes, you’ll need castor sugar. Castor sugar is a super fine sugar used for baking and pastry. It is sometimes confused with confectioners sugar or powdered sugar by us home cooks. But the two are not the same. Confectioners sugar is super fine, but it also has corn starch mixed in. The addition of corn starch is great if you’re making something like marshmallows. Not so great if you want to dust some fine sugar on a baked item (like Welsh Cakes) and not have it absorb into the treat.

If you can’t find castor sugar at your local grocer, you can make it at home by pulsing granular sugar in a food processor or blender until the granules are small.

Measure out and gather together your ingredients: self rising flour, butter, caster sugar, nutmeg, cinnamon, egg, currants, and milk. 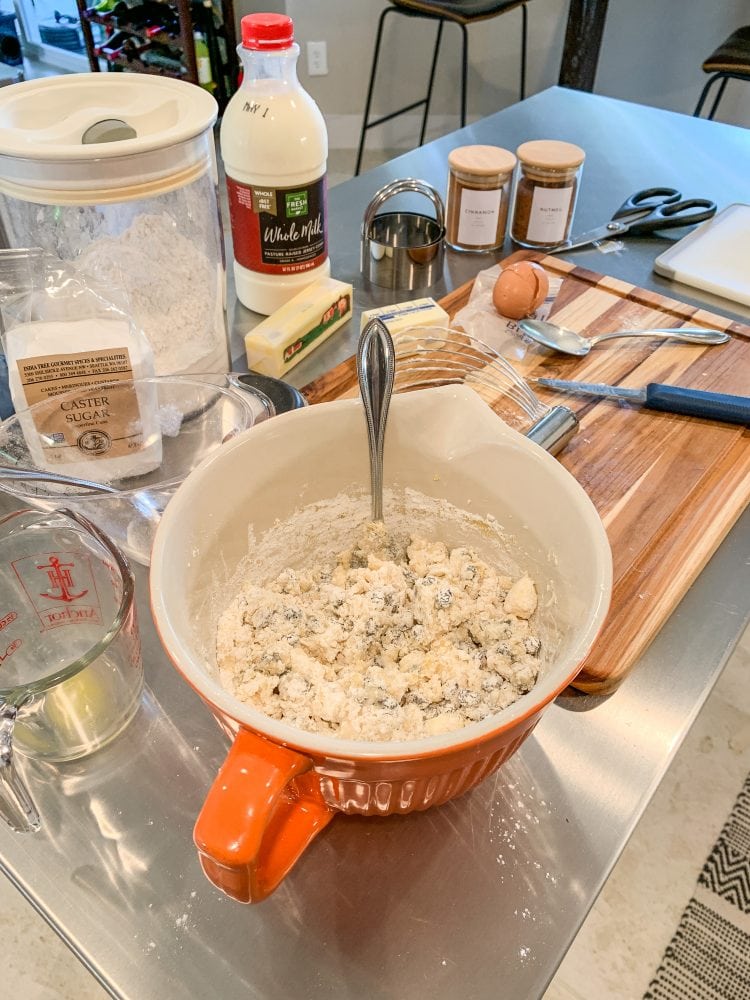 Rub the butter into the flour until the mixture looks like breadcrumbs. Add the sugar, spices and currants and mix well. You want the texture to be a bit crumbly. 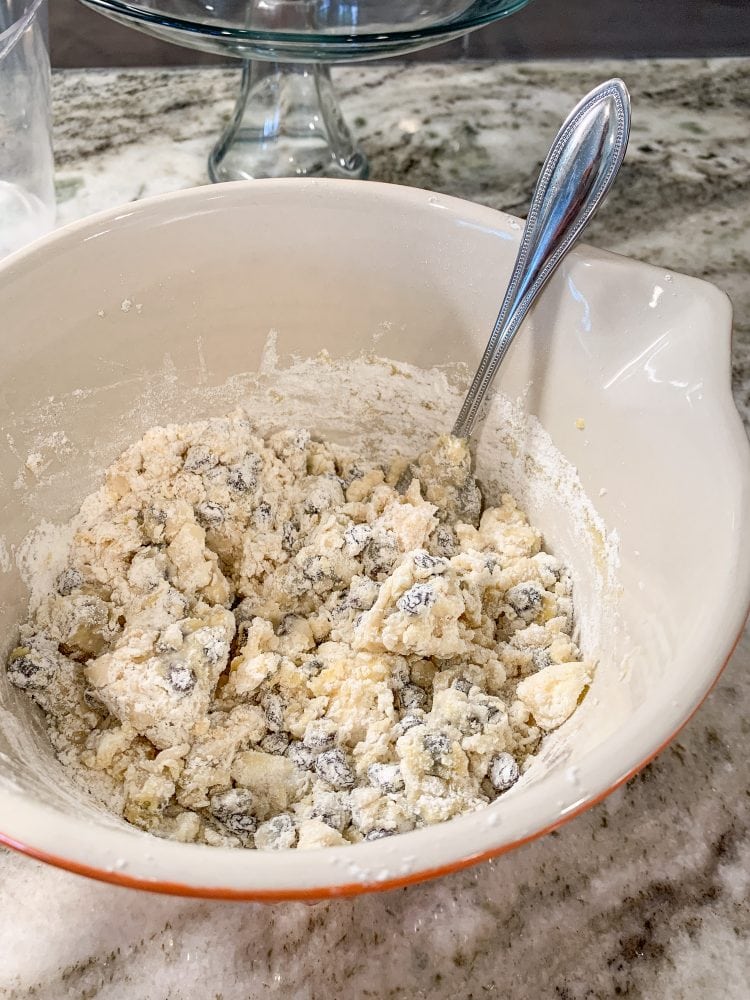 Add the beaten egg and bring all the ingredients together, starting with a spoon, and then use your hands to knead everything together to form a dough. 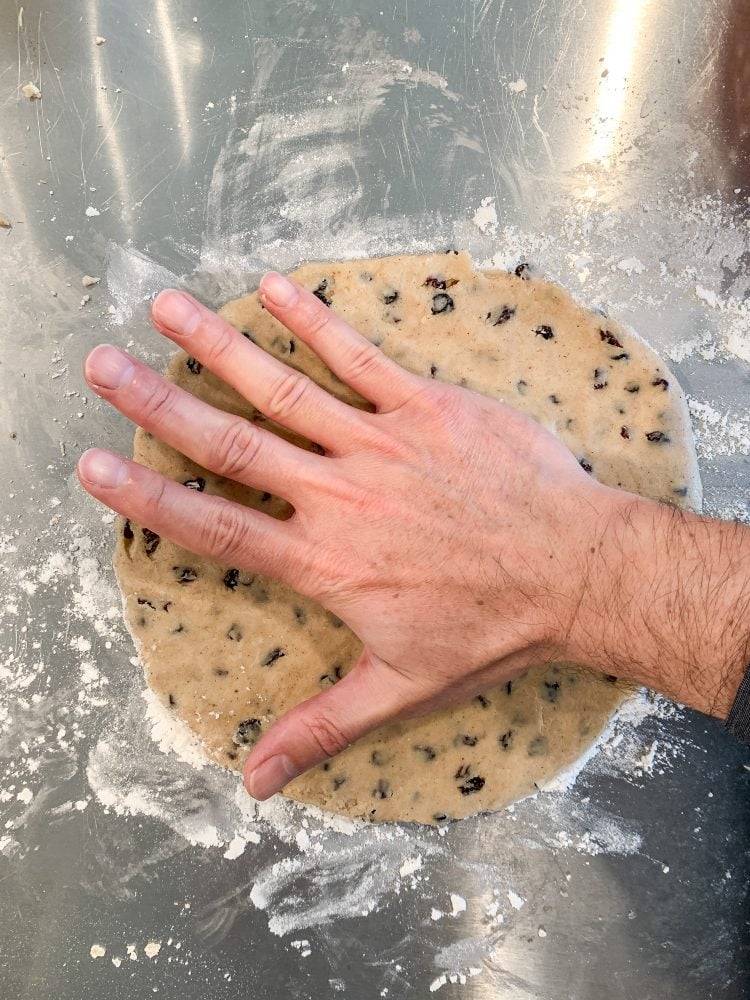 Sprinkle some flour on your worktop. Roll the dough out to a thickness of about 5 mm. 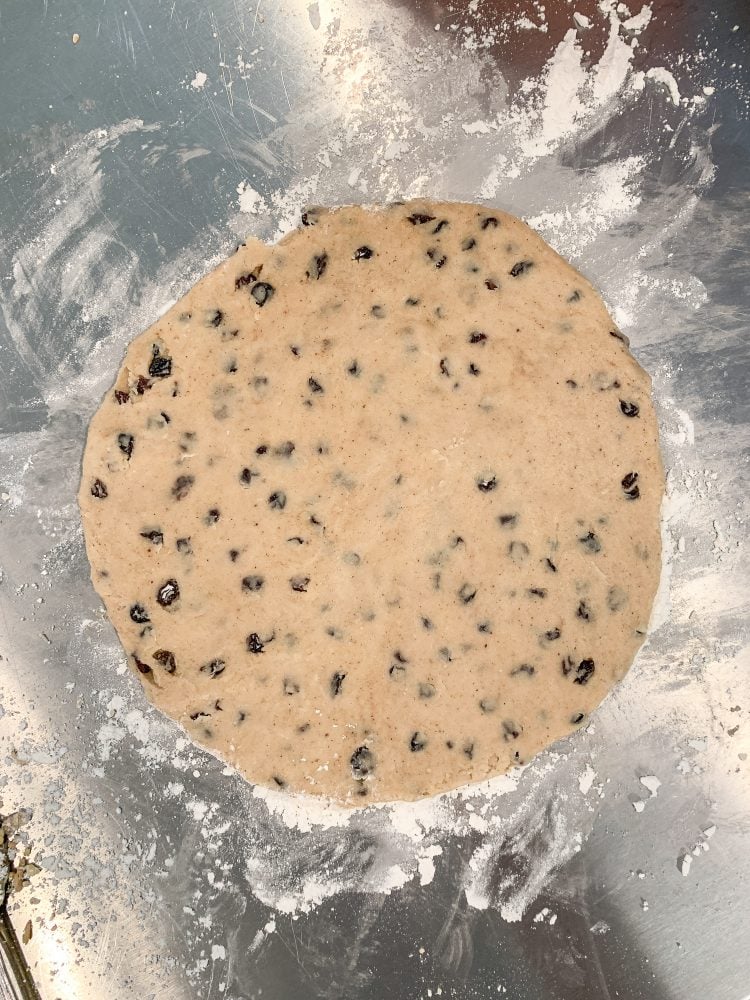 Use a biscuit cutter or cup to cut into round shapes. Keep rolling and cutting until the dough is used up. 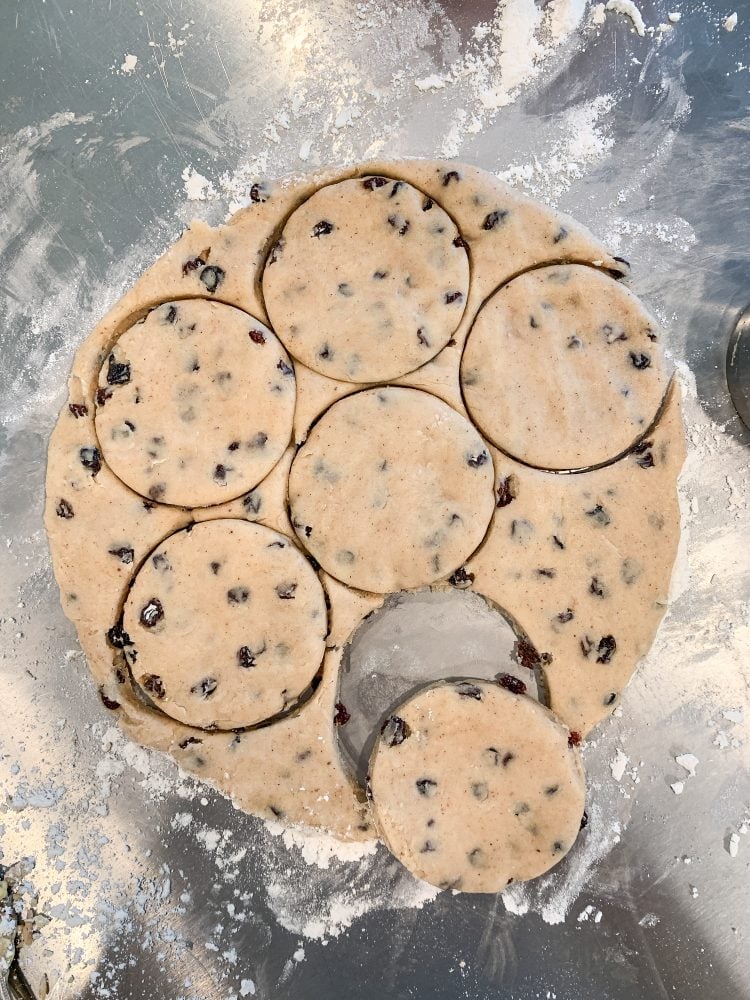 Heat a frying pan or griddle to medium heat and cook one to two cakes to test out the temperature. They should easily brown in 2-3 minutes, but not burn. 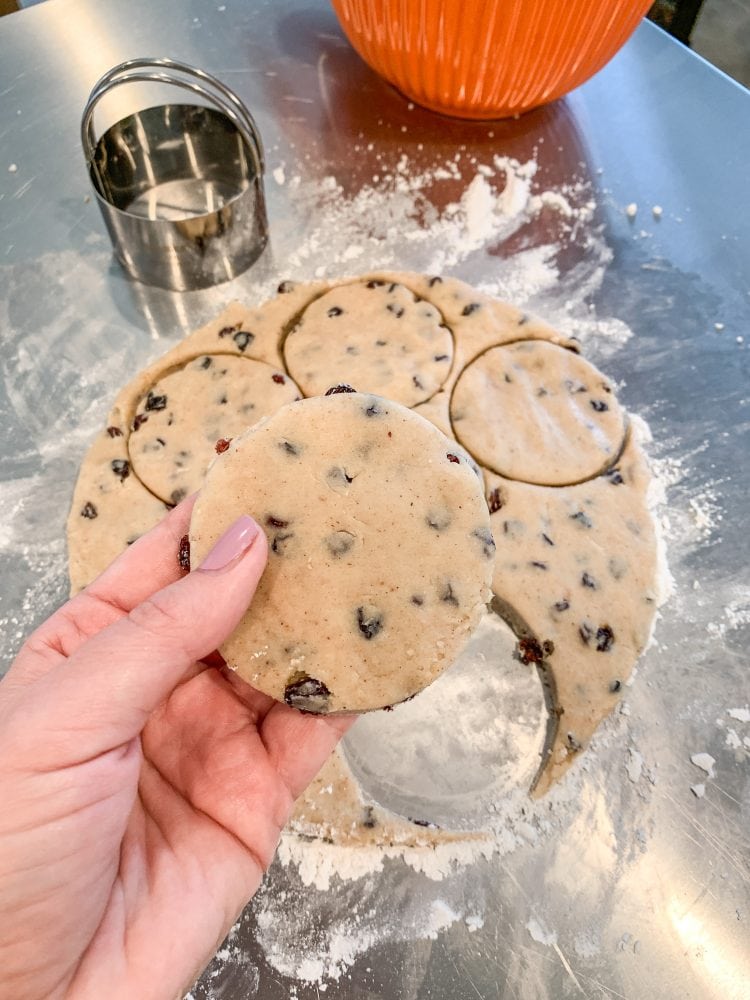 Flip the cakes and cook on until they are brown on both sides – usually a few minutes. 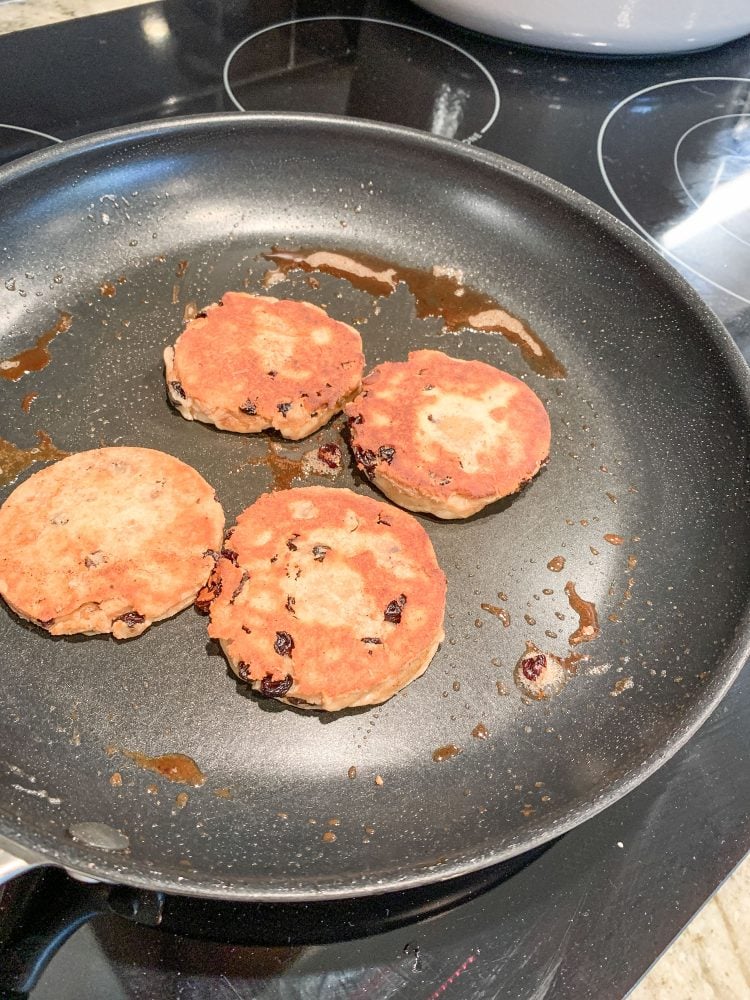 Allow the cakes to cool, then dip each in a plate of caster sugar to coat. 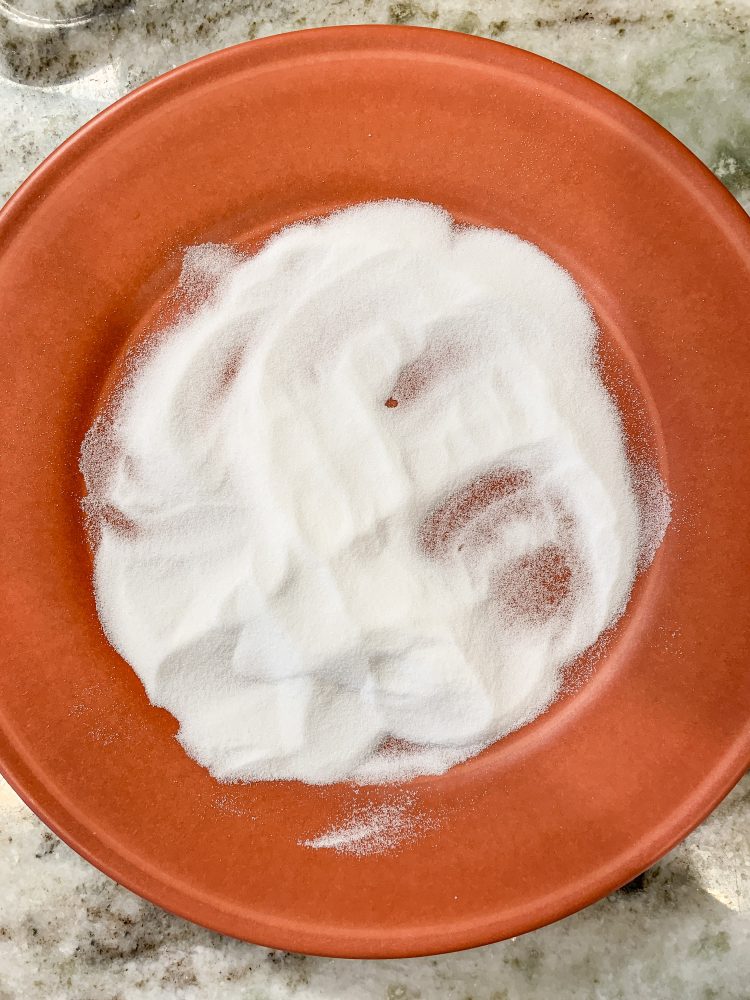 Serve warm on their own, or with butter and jam. 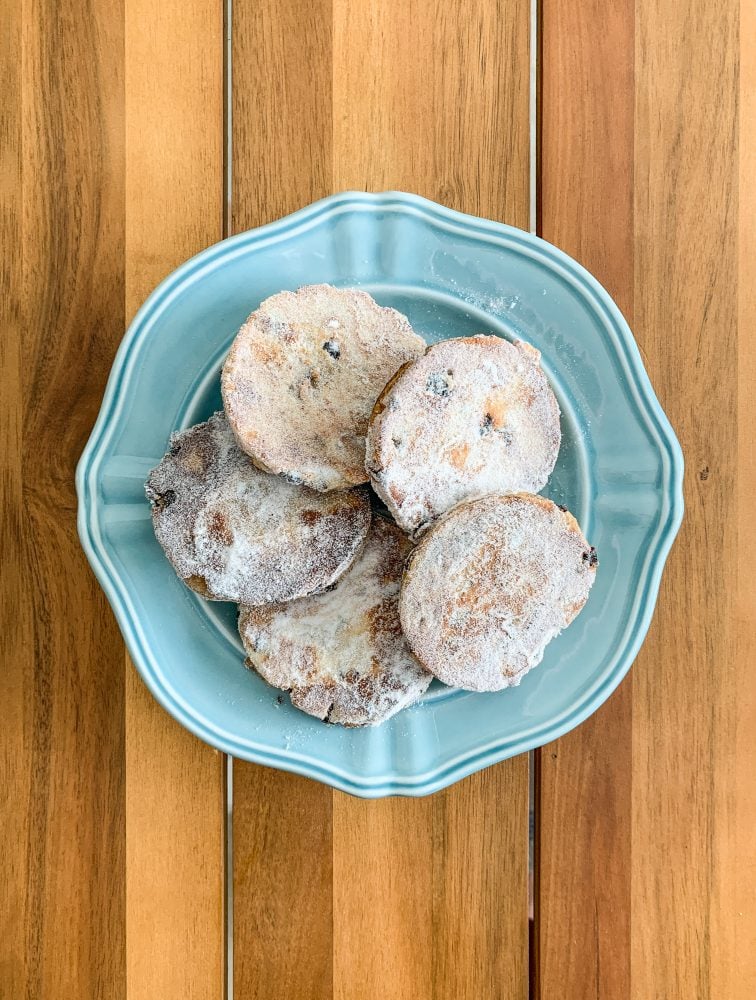 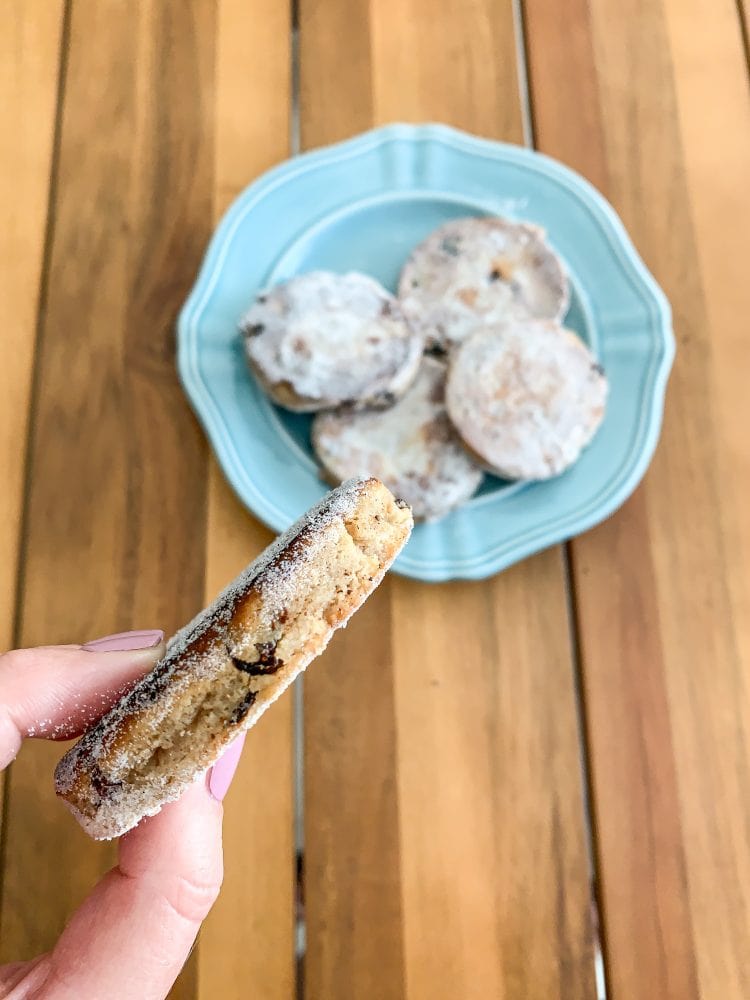 Rub the butter into the flour until the mixture looks like breadcrumbs.

Add the sugar, spices and currants and mix well.

Add the beaten egg and bring all the ingredients together, starting with a spoon, and then use your hands to knead everything together to form a dough.

Sprinkle some flour on your worktop. Roll the dough out to a thickness of about 5 mm. Use a biscuit cutter or cup to cut into round shapes. Keep rolling and cutting until the dough is used up.

Heat up a griddle or frying pan to medium heat. Cook 1 – 2 welsh cakes first to check the temperature. Then cook the remaining cakes until they are browned – usually just a few minutes on each side.

Cool on a cooling tray and sprinkle with caster sugar.