Jump to Recipe
The scents and spices in this German apple pancake remind me of autumn, but truly it’s a great breakfast or dessert any time of year. A German pancake is basically the same thing as a Dutch Baby, a skillet sized baked treat filled with sliced apples and a sweet dough with a texture a bit like a popover. It’s also a bit like a clafoutis, a French recipe that’s a cross between a pie and bread pudding. 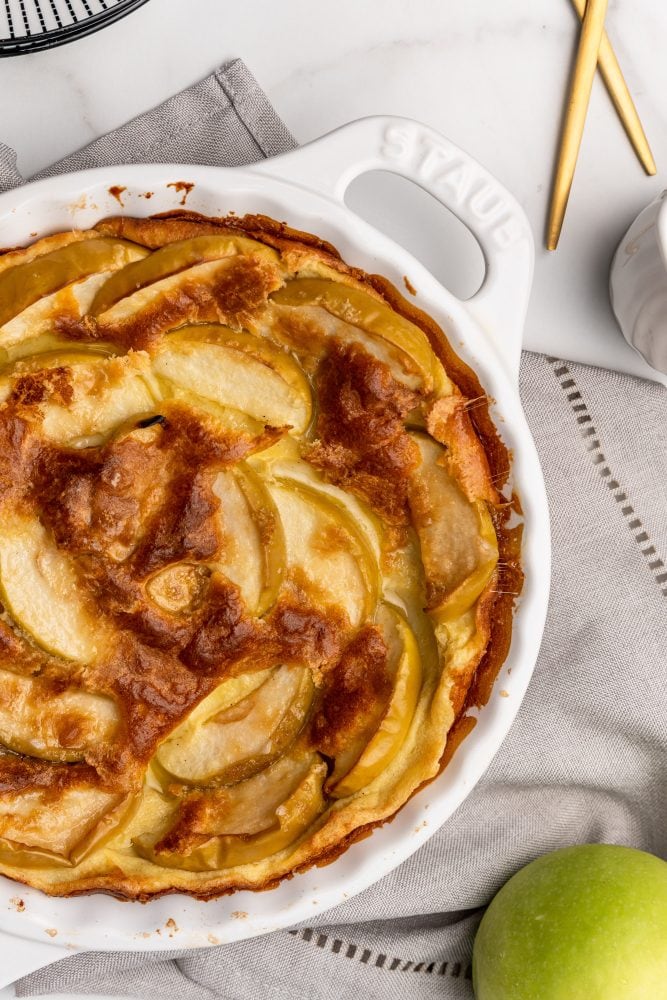 The best thing about this recipe, though, besides the flavor, is that it’s easy to make and great for serving a crowd. Depending on the season, you could also swap the apple with peaches or blueberries. Check out the step-by-step photos below, or hit the “jump-to recipe” button to get the full printable German Apple Pancake recipe below. 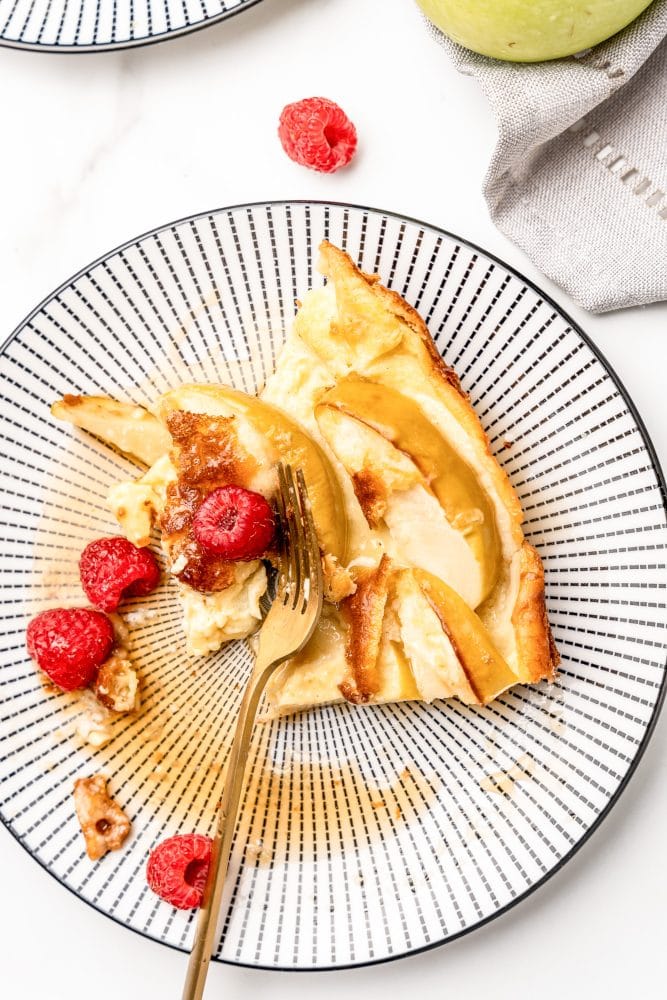 A German apple pancake is similar to a Dutch Baby. Though, the dish originated in Germany and not the Netherlands. According to Cooks Illustrated, an American restauranteur shortened the word Deutsch (which is German for “German”) and started coining the recipe as a Dutch Baby as they made mini (baby-sized) versions of a German pancake. 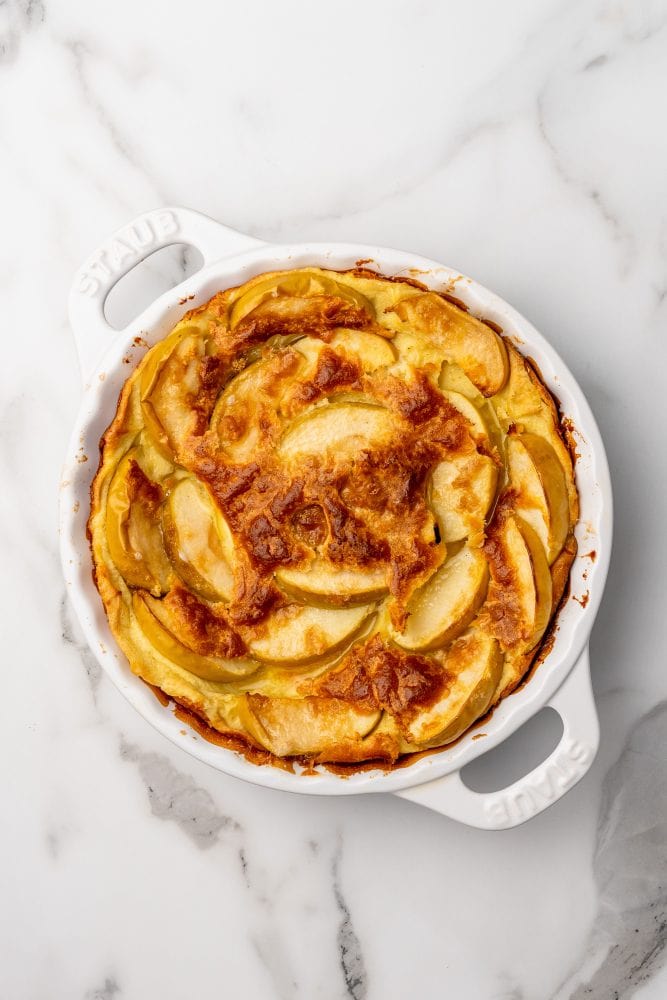 Ready to make this recipe? Here’s a list of what you’ll need: 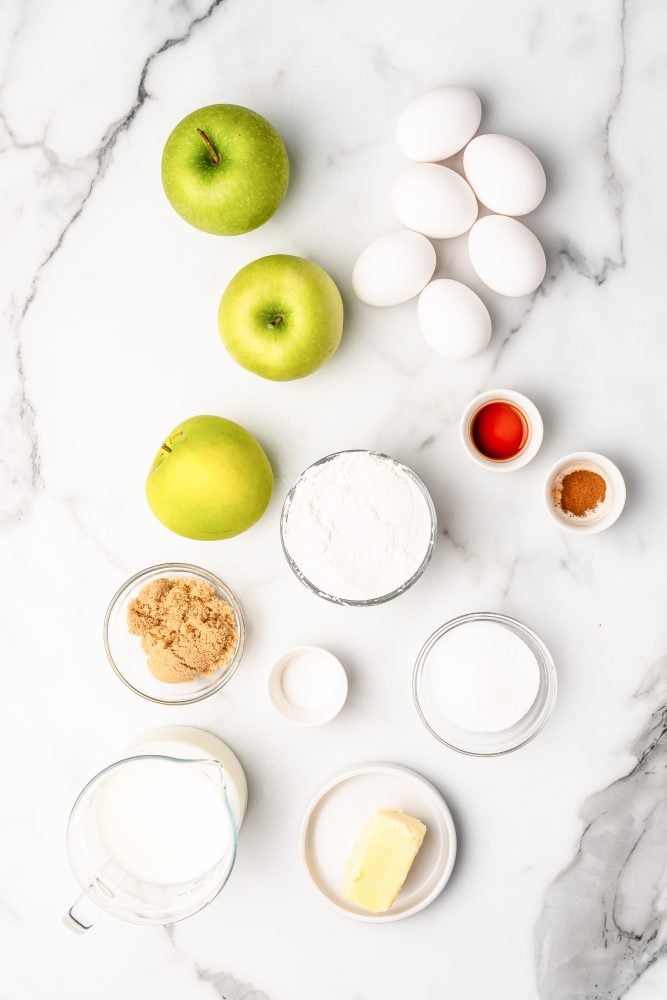 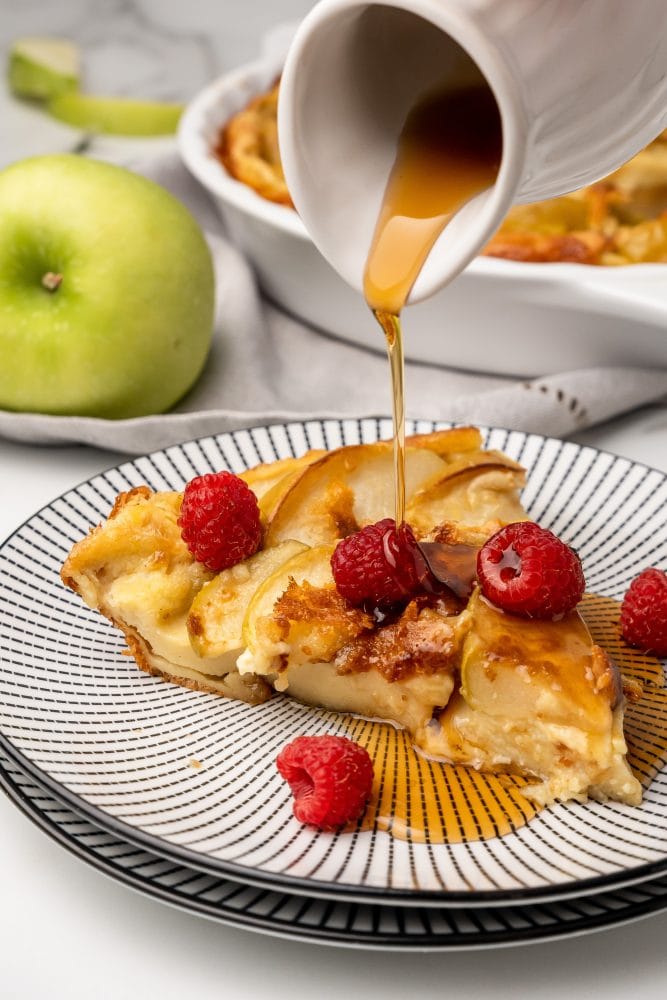 Preheat oven to 375 degrees. While the oven is pre-heating, core and slice the apples. 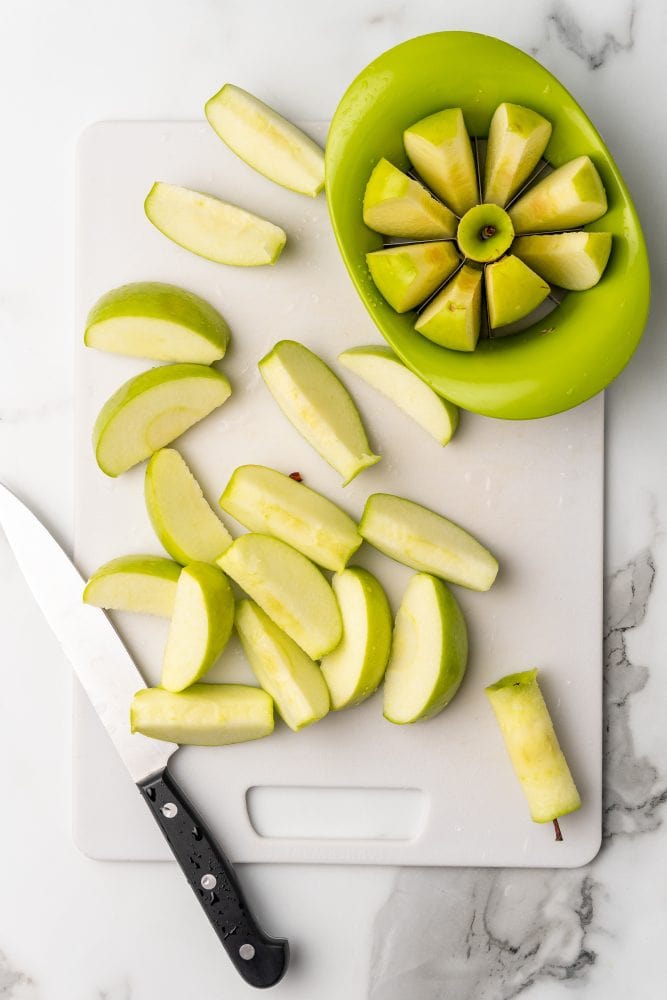 Create the batter for your German apple pancake. In a blender mix the eggs, milk, flour, sugar, vanilla, salt and cinnamon, until well blended. 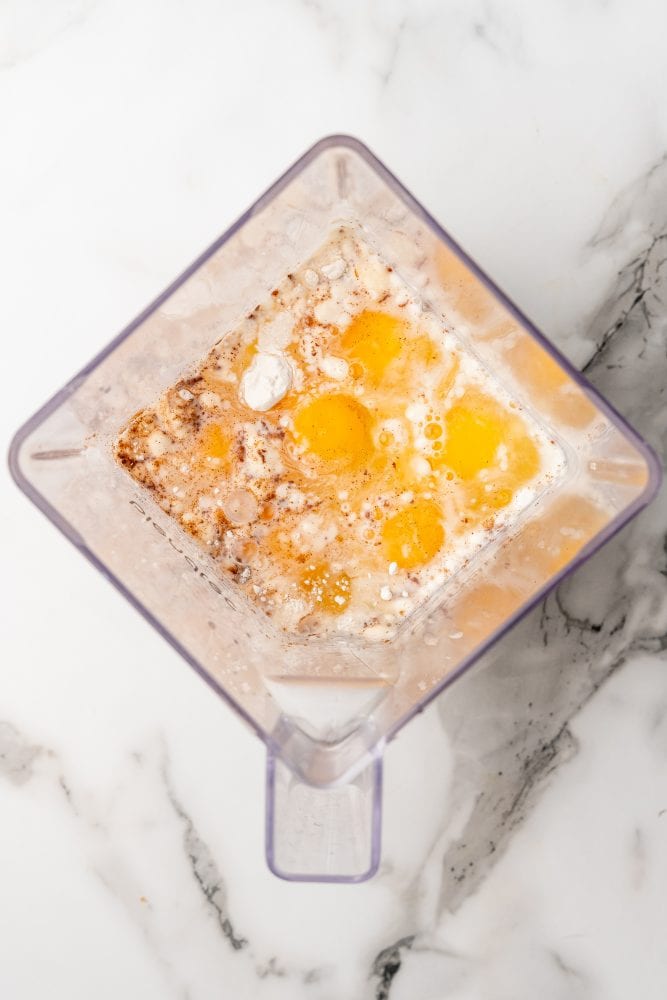 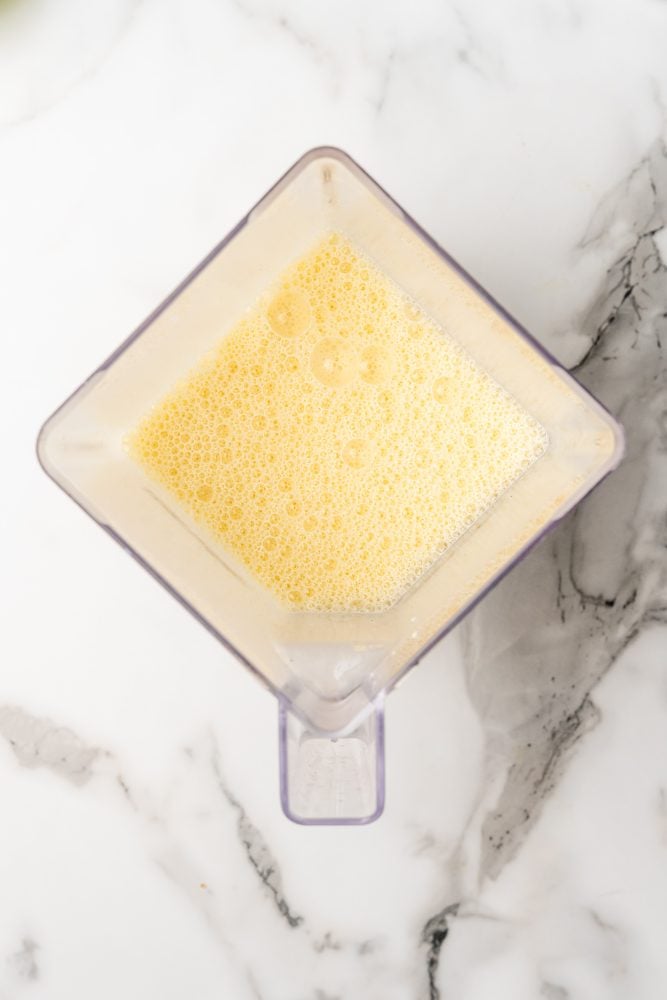 To bake the German apple pancake, you’ll need a cast iron skillet or pie pan. An enameled skillet works great too. Add butter to the dish and place it in the oven until the butter is melted. 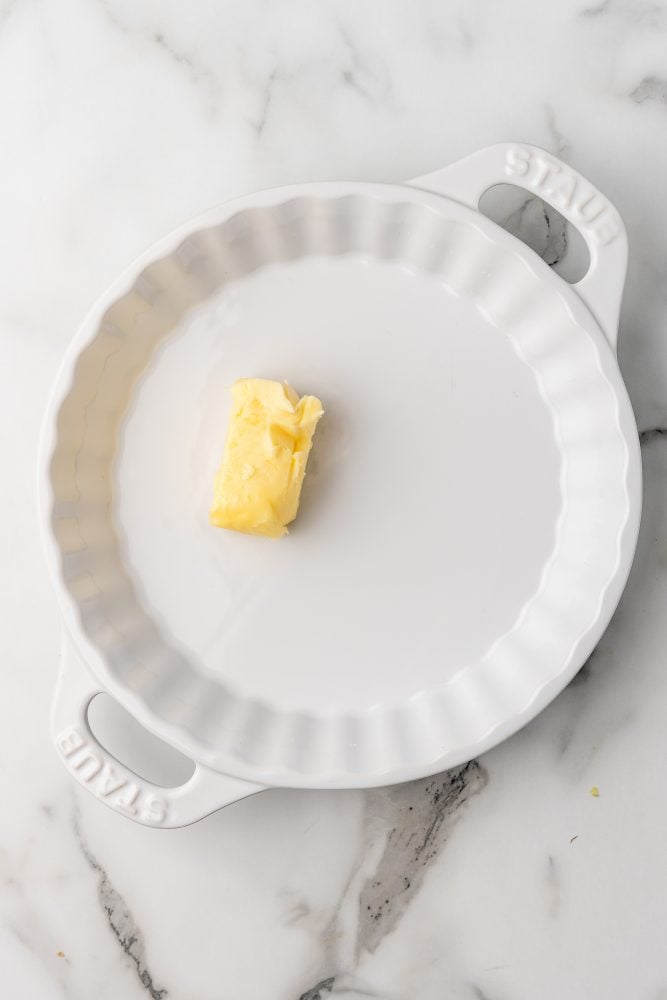 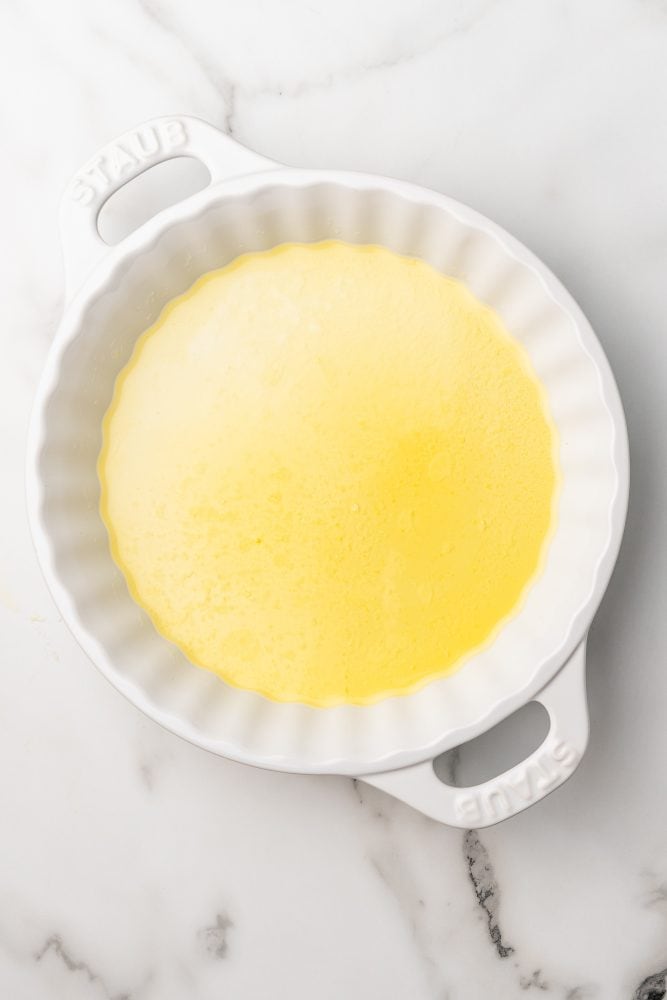 Carefully remove the pie dish or skillet from the oven. Then, add in single layer apple slices. Don’t forget your oven mitts! The dish may still be hot from melting the butter. 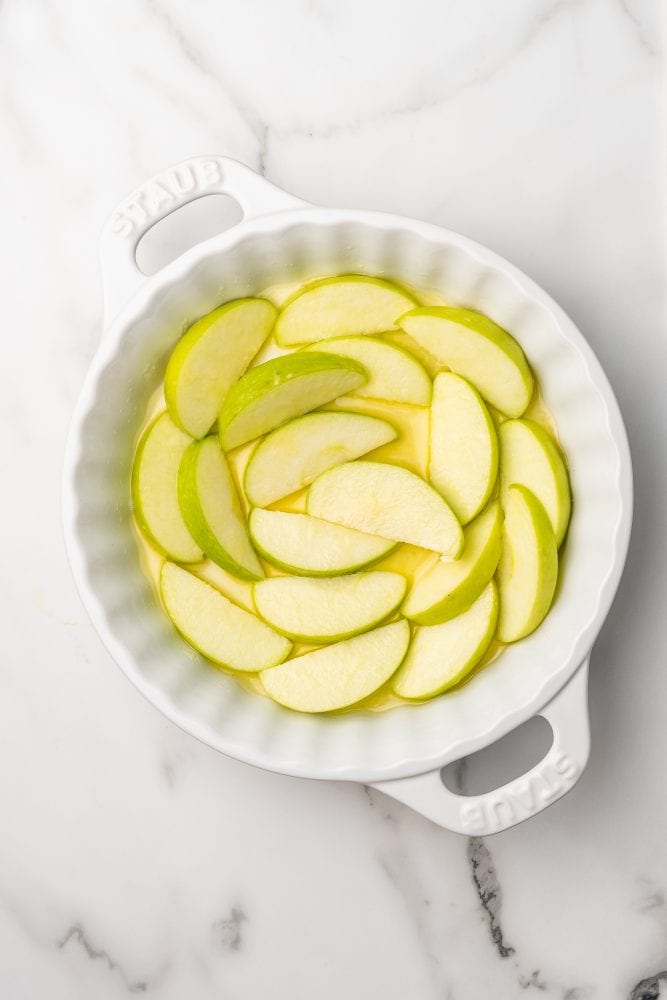 Next, pour the German apple pancake batter over apples. 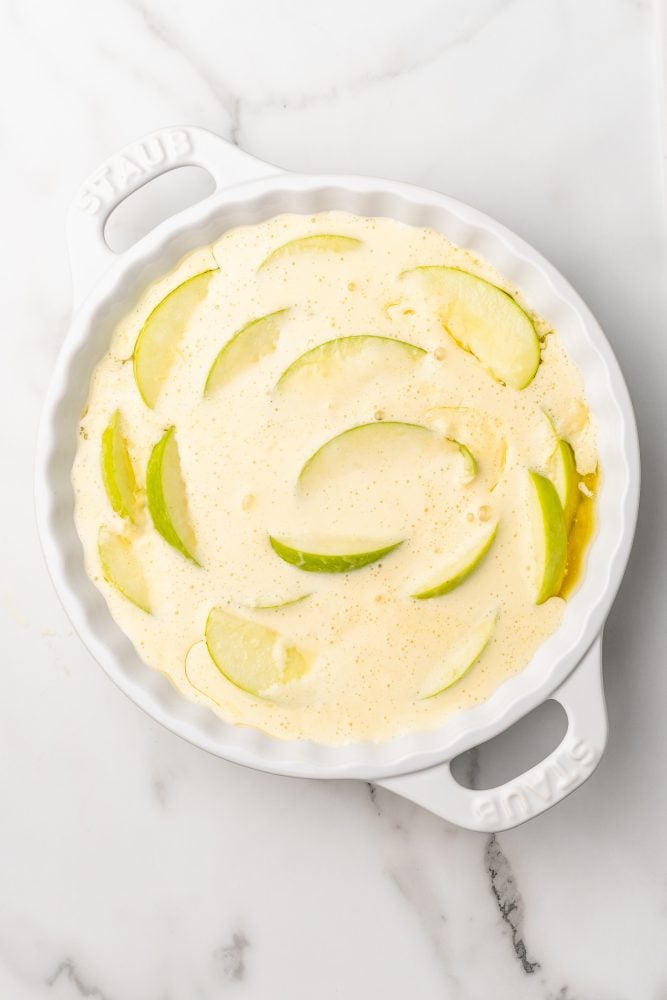 Sprinkle the top of the German apple pancake with brown sugar and bake for 45 minutes to one hour. 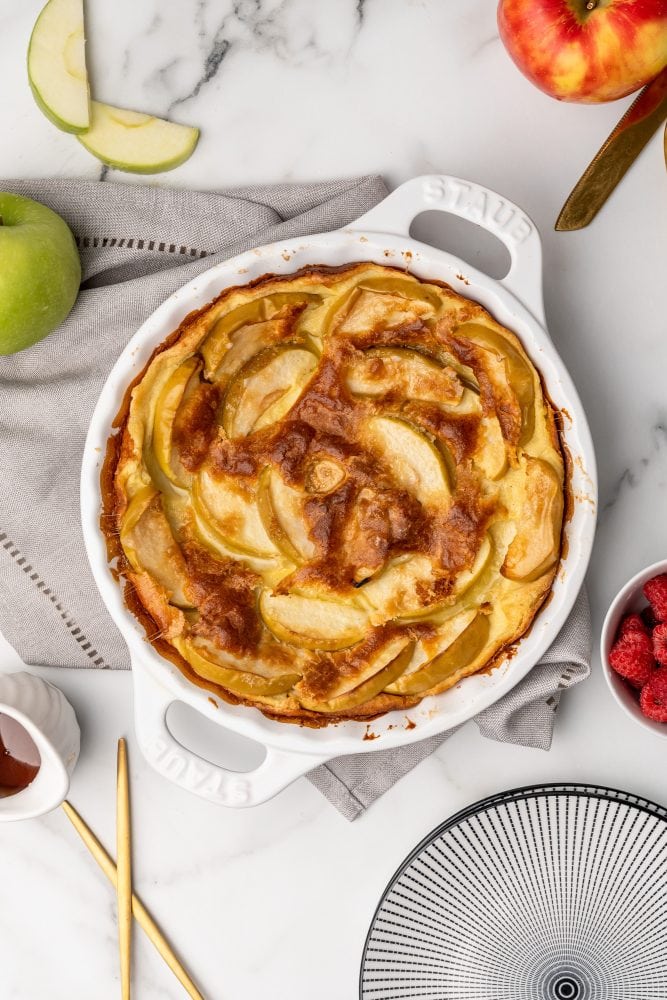 When it’s done, it’s delish. Every bit as sweet as it looks and sounds. Besides breakfast, I would also put this down in my list of desserts. Add a scoop of vanilla ice cream and it’s a great alternative to apple pie. 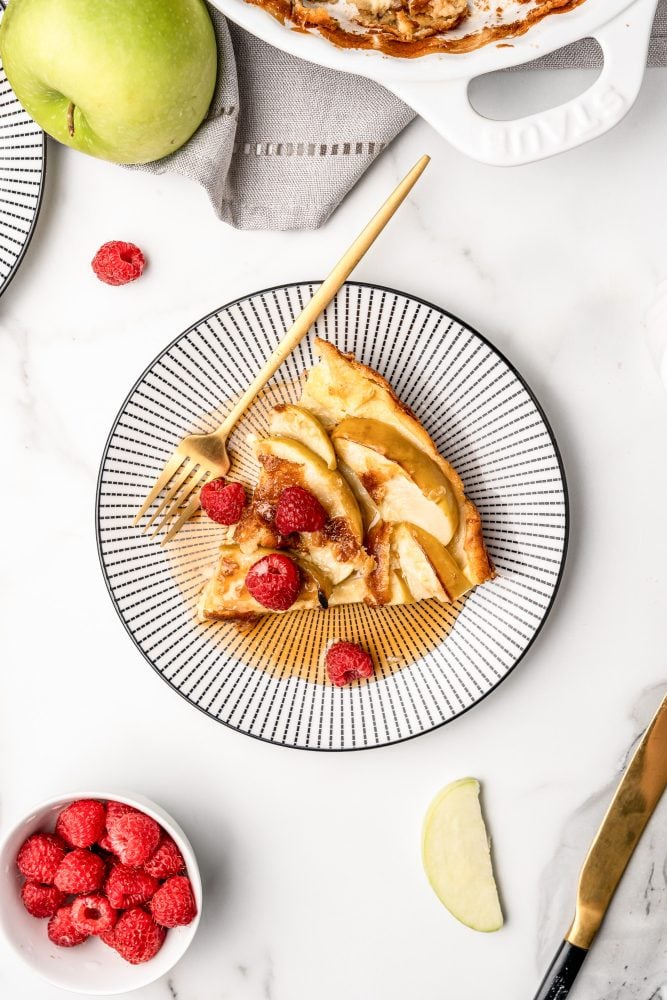 Serve with bacon or a slice of grilled ham and fresh fruit.