This Stuffed French Toast recipe comes from my days as an innkeeper. It’s perfect for when you have family or guests visiting, or if you simply want to pre-make breakfast for the week.

The Story Behind This Stuffed French Toast

I met a couple in Mount Dora that were taking a vacation from the vacation business. They are the innkeepers at the Penny Farthing Bed & Breakfast in St. Augustine. So, naturally, when we were driving through St. Augustine last week we had to stop in for a cup of coffee and say hello.

I have to confess, I was a little confused about who “Penny” was and I kept adding an extra syllable to the end of their name as in “Farthing-ton.”  I’ve since been enlightened and learned that a Penny Farthing is a type of bicycle.

Marie (not Penny), gave me a fantastic recipe for a stuffed berry French toast that remind me of individual bread puddings. I love breakfast made in a ramekin since you end up with nice little individual servings of goodness. And if you have extra, you can just put a lid on it and save it for later.

Since berries aren’t in season at the moment, I used a mix of fresh raspberries and also a frozen mix of blueberries and blackberries. I had to elbow a few people at the grocery store to even get my hands on a pint of raspberries!

Step-by-Step photos of how to make this stuffed French toast with a printable recipe at the bottom of the post. Enjoy! 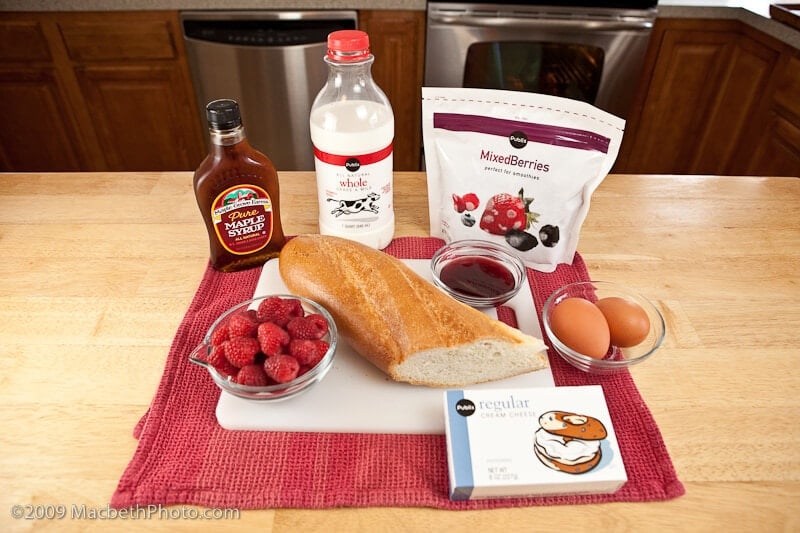 I could actually just take the bread, cheese and raspberries and go have a picnic! 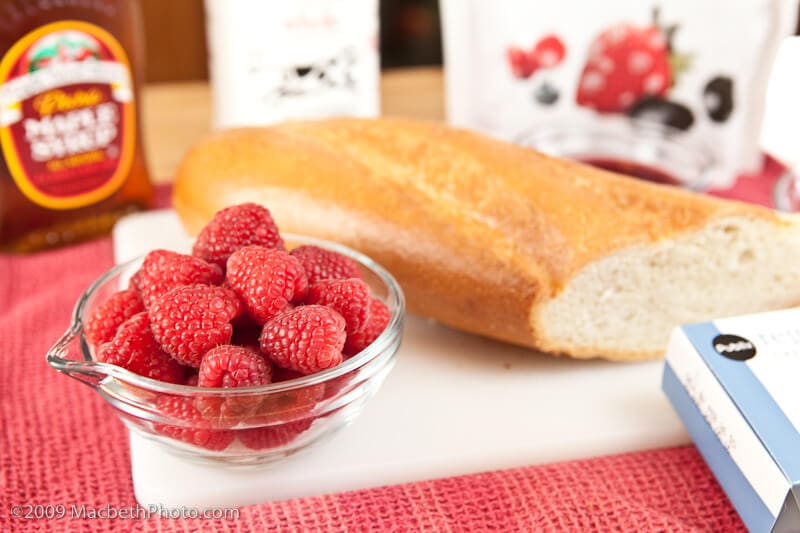 When we visited Paris, everyone had a baguette in hand, under arm, or in a basket.  It was like, if you didn’t have one you were missing out!  That memory pops up every time I slice into French bread. 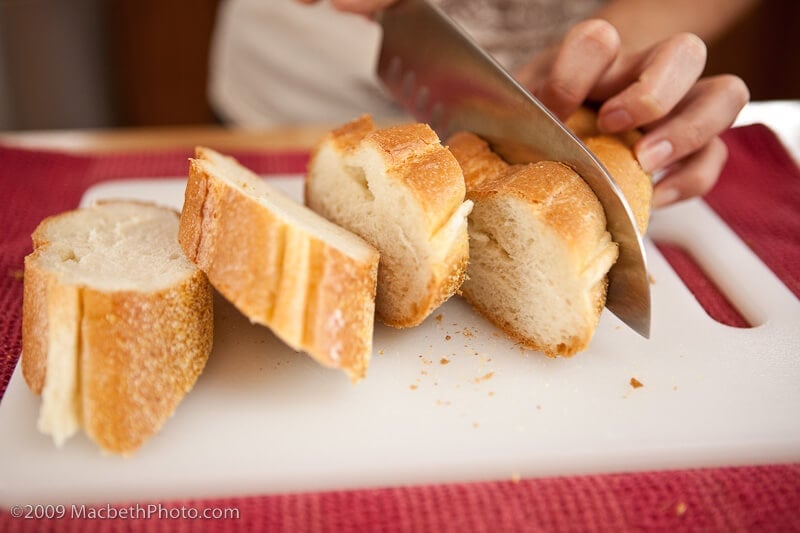 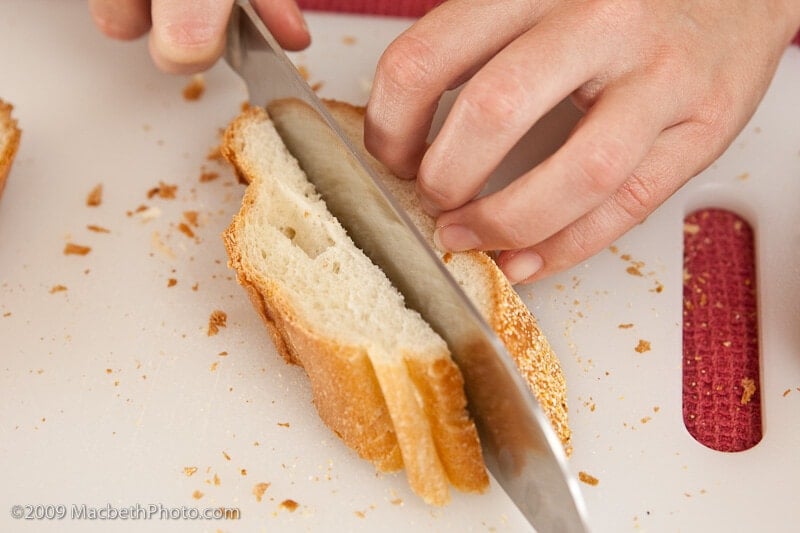 You’ll need four slices, and you want them to be in small bite sized bits.  The quickest way to do that is to cut it in half, then flip one side over so you have the crusts facing the same way.  That makes it easier to slice through. 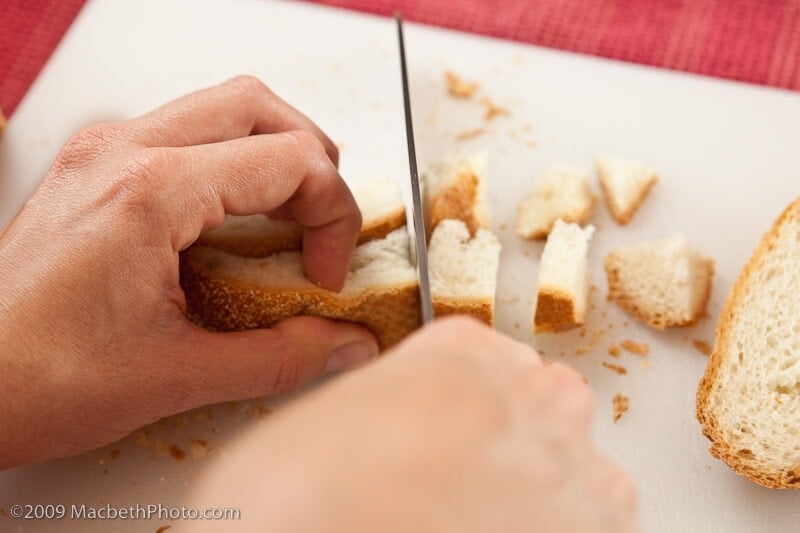 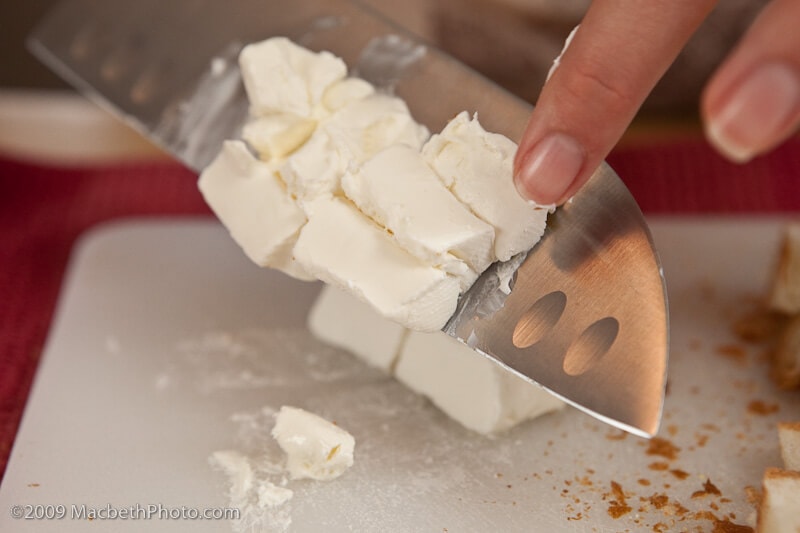 After you have the bread and cheese chopped and ready to go, layer them into the ramekins. Bread first, then berries, then cheese, then more bread.  Cause, ya know, you can never have enough bread! 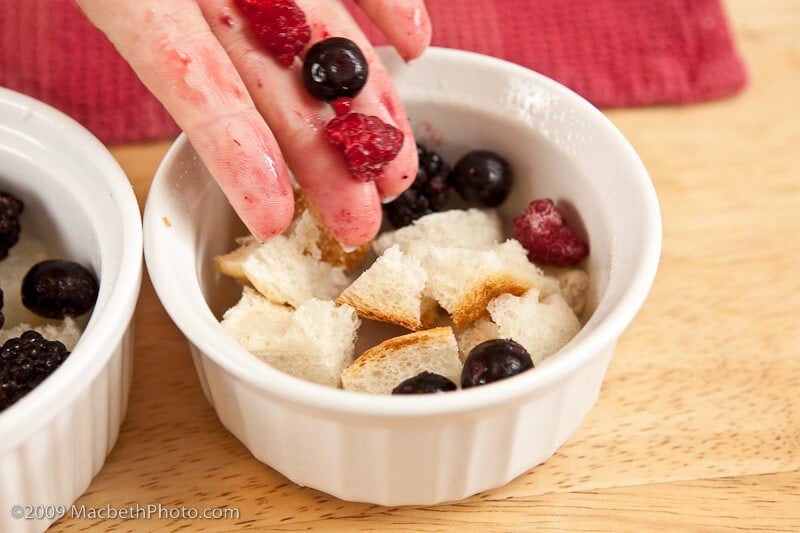 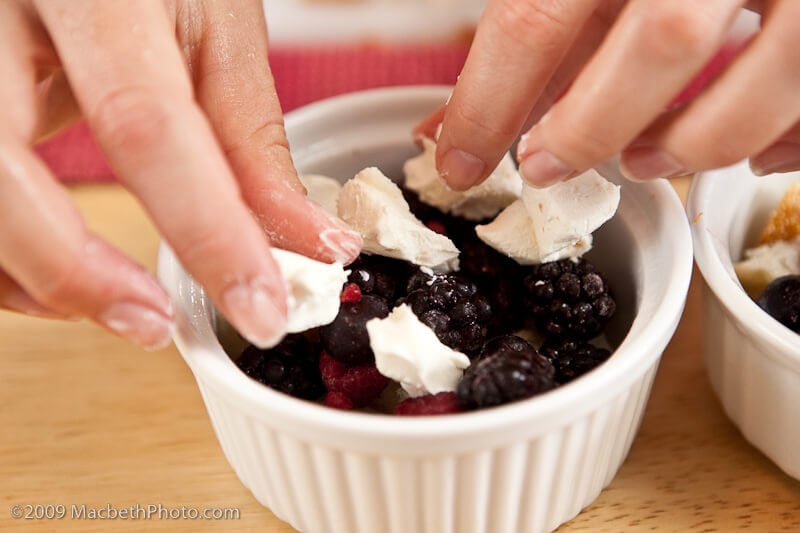 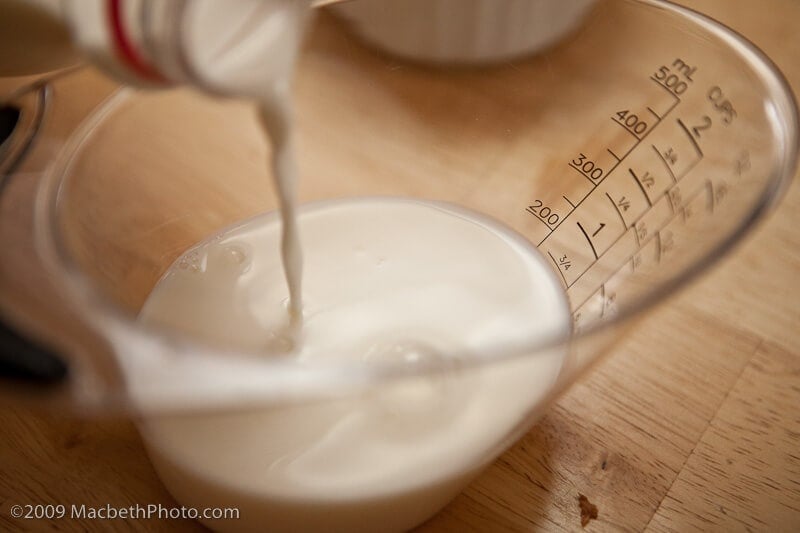 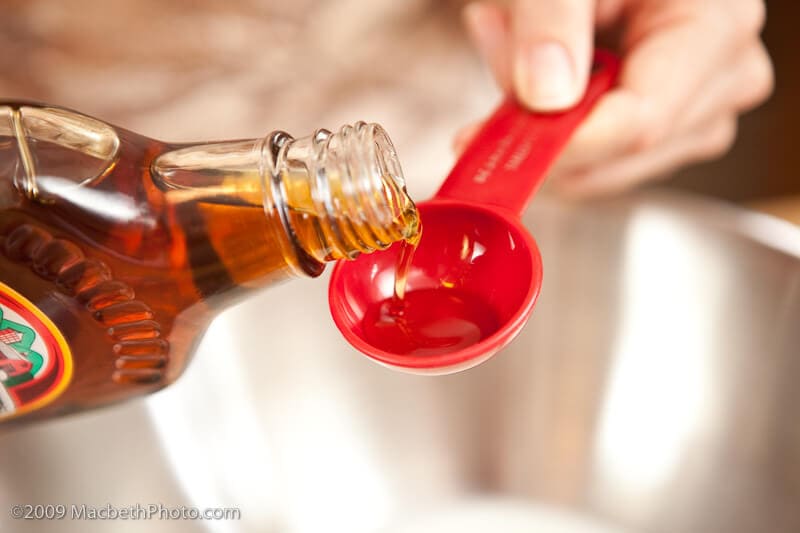 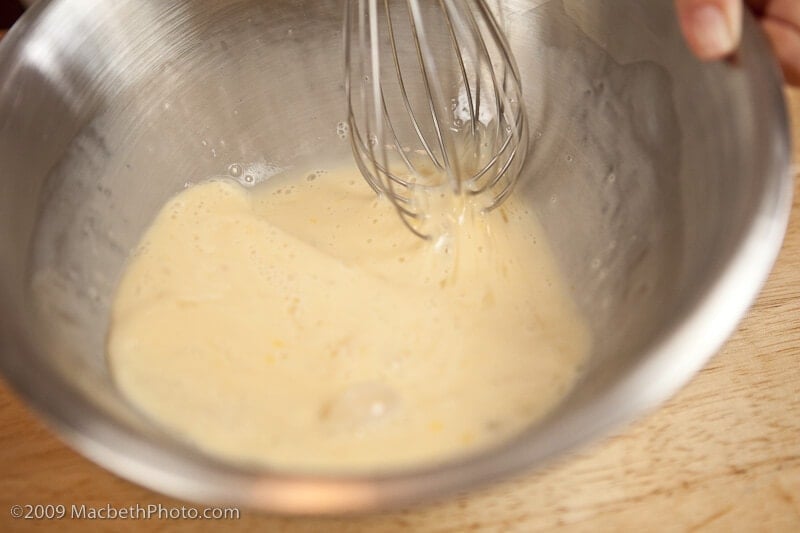 Pour the egg mixture on top of the layered bread, cream cheese and berries.  Cover and let it sit overnight in the refrigerator. 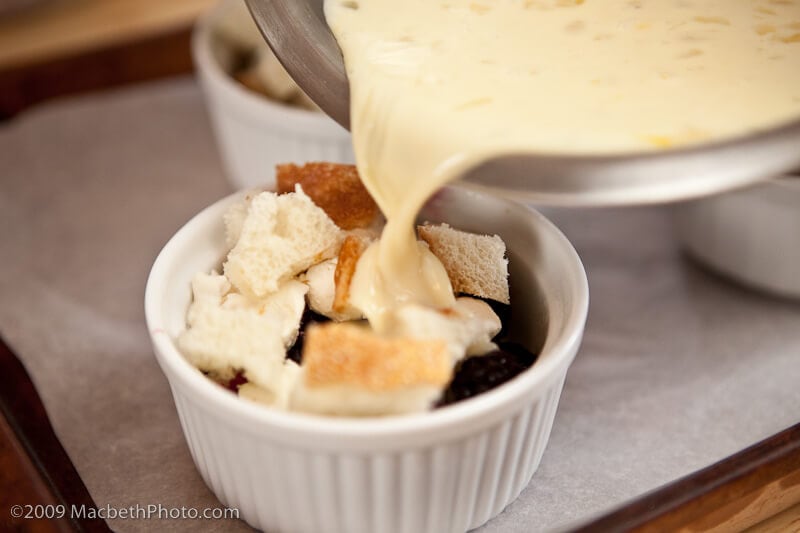 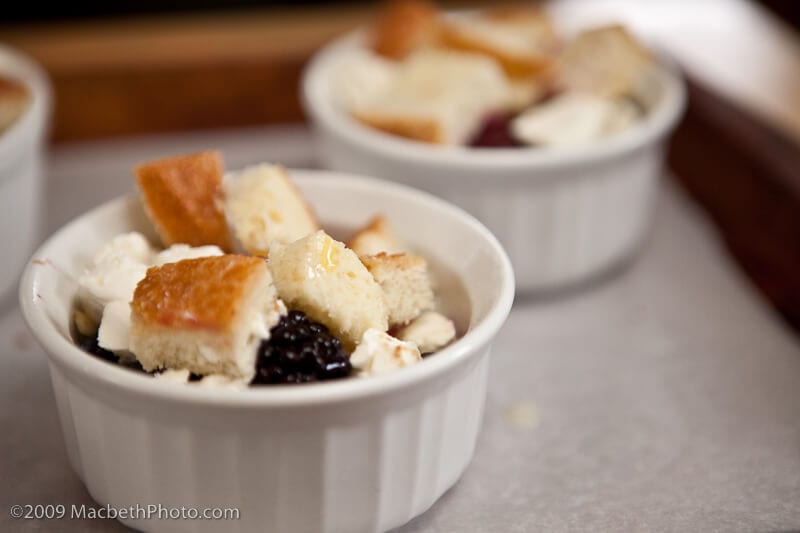 A little dash of some berry sauce …

(I had this sauce on hand. Marie at Penny Farthing has a couple ingredients listed below to make some sauce from scratch) 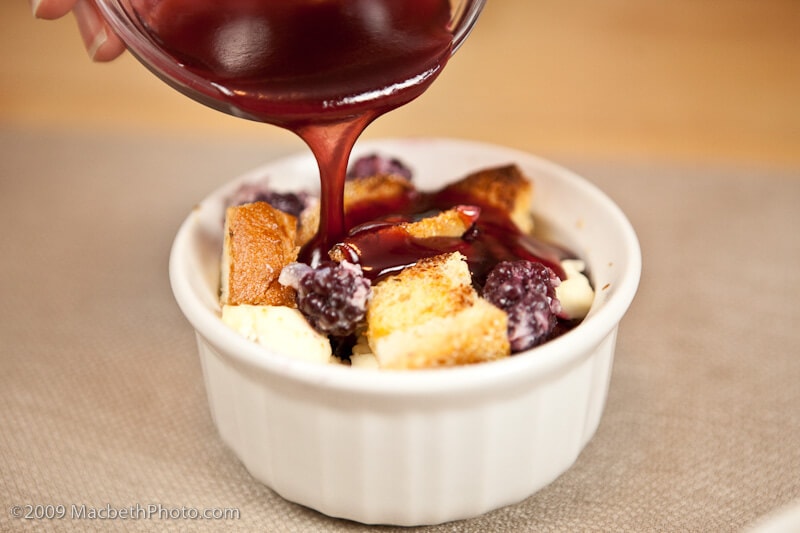 For the raspberry sauce, whisk together 2 Tbsp raspberry preserve and 1 cup maple syrup.